A distributed denial-of-service attack is not new in the Bitcoin ecosystem, even in Bitcoin gambling. There was a time when the infamous Bitcoin extortionist group called DD4BC made a fortune from launching such attacks to a variety of websites, ranging from gambling sites to government sites. Now that key members of the group were reported to have been arrested, some said that cases of DDoS attacks will decrease. But it appears as if it had not.

It is still common to hear about instances when websites suffer from a DDoS attack, which obviously affect the site’s operations. With some of the brands in online gambling still succumbing to this king of cyber threat, it is worth noting what factors could be driving these attacks.

Get paid with Bitcoin as ransom

Following the style of the group DD4BC, an DDoS attack is often launched to extort the operators. Nitrogen Sports previously shared with BitcoinGG how the group relentlessly targeted the Bitcoin sportsbook, requiring the operators to pay Bitcoin as the only means for the attacks to be stopped. 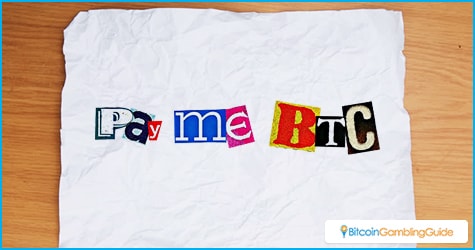 Being a popular Bitcoin sports betting site, Nitrogen Sports suffered in terms of revenue from player bets and deposits during the days when the attacks were done. This was also the case for a Bitcoin exchange, as well as the other victims of the said group.

DD4BC was not the only group of hackers that are involved in this kind of trade. There are many others out there, equipped with various skills and specialties. Despite their differences, they share the same purpose behind launching a series of DDoS attacks, and that is to demand for a Bitcoin ransom and seek to get paid, regardless how long they will enforce the attacks.

A more subtle reason for a DDoS attack is for the hackers to confirm their skills, knowledge, and ability in launching the said attack. Up to what degree the damage they cause, the more self-validated they are.

This approach, however, is not on the same level with that of DD4BC, which does this for the Bitcoin ransom. Hackers that opt to take this route would also be kind to point out the flaws in the security protocols of the victimized websites.

While this looks like a philanthropic act, it can also be done by the management of the attacked website per se. This is a real-life test of how powerful the site’s firewall is, how impenetrable their security is, and how immune the site is from related cyber threats.

Of course, these DDoS attacks are also often—if not most of the time—performed by one brand to slow down their competitors. In the Bitcoin gambling sector, the competition among casinos, sportsbooks, poker rooms, and other betting sites has gone up a notch, and so are the ways to ensure that they remain at the top. 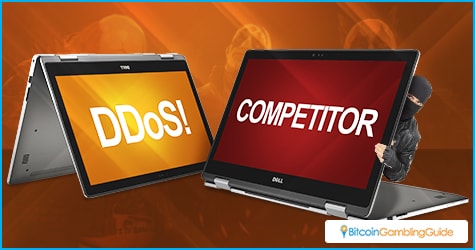 This is one of the theories that help define the struggles of SatoshiDice. This Bitcoin dice site went offline for several days, and it appeared that it was due to a series of DDoS attack. Some of its avid players even believe that this could have been the doing of one of SatoshiDice’s competitors.

While there is no truth behind this theory, it is still valid since employing even dirty tactics to bring down any obstacle ahead would be necessary just to get the golden prize.