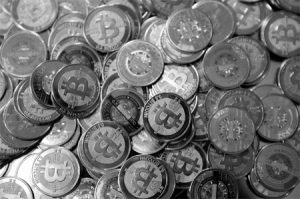 The impact of the live streaming technology on the modern world is abundantly clear. This technology, which is actually based on several innovations in the domain of IT, has allowed anyone with a mobile device and a free social media account to broadcast their content to the entire globe. Only two decades ago, this was an ability that was accessible only to the multinational media companies.

Now, anyone can use it with practically next to no effort. Since its launch, the same tech managed to find several big niches and none is larger than the gaming field. With live streaming, people got the chance to enjoy other people playing games in real time.

At the start, especially for non-gamers, the idea of watching a different person play a game seems completely counterintuitive. Yet, the modern time is a clear testament that the same phenomena are only growing in popularity. There are many additional ventures that have grown along with live stream services, including eSports as the biggest single phenomenon. Thanks to the willingness of the audience to enjoy this type of content, the global live stream market is worth billions of US dollars as it generates money in every part of the world.

But, precisely because of the lucrative nature of the market, there are many who are trying to gain a foothold in the same field. One of the potential competitors to the current live stream ecosystem is the idea of creating a network on the bitcoin network. While this option is purely speculative, there are several big advantages that this type of service could provide to its users but also generate a substantial profit for their owners and investors.

The Fight for the Live Steam Title

In the domain of gaming videos, YouTube held the championship belt for many years. As the key destination for practically all manner of video content uploading, the website and then a social media service became a planetary hit before it was acquired by Google. When this happened, the impact YouTube had on the world began to multiply and expand.

But, all of this took place in the period before live streaming broadcasts. Once the tech got off the ground, especially when the internet bandwidth and recording/streaming devices became more attainable, the market for live streaming exploded onto the scene. Here, Twitch is probably the most famous brand that was created to provide the very same offer to gamers and game fans but does it primarily live, unlike YouTube.

In a matter of a short period, Twitch started to rival YouTube when it comes to live gaming, which is why YouTube was compelled to act. This is the reason why today YouTube also provides their customer with the (digital) tool set needed for live streaming.

But the bigger change brought about by Twitch was its system of Cheering. Basically an in-platform currency, Cheering allows people to buy Cheers from Twitch using US dollars and then dispense them to their favorite Twitch authors using emoticons. Once the emoticons are sent inside of the Twitch stream chat, they are received by the author.

Using this method, the platform was able to dispense almost $6 million in the second half of 2016. For a potential bitcoin-based live stream network, this concept is a perfect opportunity to present its strong suits.

Twitch was forced to introduce the Cheering because of the fact that it both presented a more colorful alternative to tipping money directly and also the fact that even small parts of a single dollar can be spent inside of the game. However, the process still requires a double conversion – first, the viewers need to change their dollars into Cheers and then the receiving party or the content creator has to change them back to dollars – aside from using them to cheer on others, the authors have no other use for them.

But, it is easy to imagine a system that operates on the same principle but uses Satoshis as a currency for tipping. This way, there would be no need for conversions of any kind. Additionally, while a Twitch Cheer costs at least $0.01, Satoshis can be a lot smaller, providing means of engagement for even those who have very limited funds.

The same reason is what allowed bitcoin to become so popular in the domain of online gambling and other related fields. With the potential for a minimal bet that is far below than even a single US dollar cent, it offers a chance of a lot longer gaming sessions for anything from bitcoin poker to BTC dice. There is no reason why the same system would not be great for a live stream provider.

Aside from the practical advantage that comes from using bitcoin in a live stream gaming network, there is also a psychological one. The basic principles of bitcoin network have always been anonymity, effectiveness, individual entrepreneurship, and community potential, all of which are still promoted by its users. These complement well with the general mindset of the gaming community, especially its content-producing section.

With the rising popularity of bitcoin in recent months, including the continuing record-breaking period, it is certain that many in the gaming content creation community are working on acquiring their own cryptocurrency. A network that would be based on this system would most likely be met with a huge level of enthusiasm and a willingness to try it out.

This breakthrough is enough for a service like this to begin working and bringing in the users. Of course, it is questionable if the same network and service would be able to reach the previously mentioned Twitch or YouTube Live, but it would definitely provide a service not covered by these systems.

In the world of tomorrow, where eSports continue their evolution and overall gaming continues its growth in popularity, having this type of a network in the live stream arena seems like a good idea. While it might not produce huge results right away, the potential for expansion, which will go in step with the rise of digital currency adopters, is undeniable.