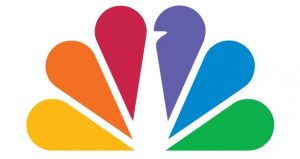 The media industry has always shown a great deal of interest in the domain of blockchain and digital currencies, especially bitcoin. Over the previous years, the same cryptocurrency has been one of the most discussed and followed topics in the entire field of digital technology with a mass appeal.

Of course, much of this coverage was ill-informed or simply biased, mainly in those moments when there was a trend of loss of value in the market. In spite of the fact that these oscillations were brought about thanks to a range of reasons, the mainstream media often used these to provide doomsday predictions about their future.

Today, none of these came to fruition and the domain of digital currency is going strong, with ever larger market caps not only in bitcoin but also other digital currencies, including the newest heavyweight, Ethereum. Rarely if ever was this form of coverage truly malicious or designed to bring harm to the blockchain community, but it still produced damage nonetheless.

But, at the same time, there was an underlying current of media professionals who did grasp the concept of cryptocurrencies and blockchain as things that will at one point revolutionize the way business is done, if not the whole world. A recent development from the top of several media giants shows that this is true to an even larger extent.

Comcast, a major US telecom company announced that it is making a blockchain platform that will be focused on providing advertising services. The same conglomerate that their advertising branch is forming a partnership with NBC Universal, Disney, Mediaset Italia, TF1 group, Channel 4 and Cox Communications with the purpose of expanding this platform.

Currently, it is known that it will carry the name of “Blockchain Insights Platform”. The purpose of the platform is to make the process of advertising a lot more transparent and efficient by allowing marketers and entire networks to match the data they own related to their customer with the content providers.

This would be done in an anonymous fashion and with the mission of determining which program on a network stands the chance to provide the best results related to a particular product advertisement. The solution sounds like a smart application of the blockchain potential which at the same time would not be a greenfield procedure.

Instead, a system of re-coding the current customer data would allow the blockchain to determine the results that the advertisers would generally be after. This means that setting up the Blockchain Insights Platform would not demand a whole lot of money or time to be completed.

A New Approach to Data

Marcien Jenckes, who is the Comcast Cable’s president of advertising, explained the platform further. He said that this new tech approach would allow the video advertisement to be data driven to an even larger extent than it is now. This would then offer marketers a chance to improve their targeting, planning, execution and measurement of the results, all so that the process of advertisement in the television industry attains even more value for both involved parties.

What makes the announcement even bigger is the fact that this is the first formal entry of Comcast into the blockchain space. The company has shown interest in the domain earlier, mainly by communicating with 21 Inc., a bitcoin startup about the way it could utilize the mining operation to provide some benefits to its users. However, nothing more came out of the same contacts and Blockchain Insights Platform is the first example of a real and developing project.

Currently, the group is going for an official launch of the platform somewhere in 2018 and it is now looking for partners in the form of device makers, distributors, and networks in Europe and the US who would be willing to participate. It is certain that the response will be substantial if for no other reason than for other companies to try and scout out what exact form of blockchain tech will the Comcast project employ.

The motives of Comcast, like most other traditional content providers are clear in this situation, being that old advertisement models are slowly dying out as major revenue mechanisms. The pinch of this process is felt across the industry and its related branches, with many companies struggling to make ends meet with the traditional advertisement mechanisms. Initially, the problem was focused on the print and text publishing fields, where the PPC adverts were snuffed out with ad-blockers and other means of advertisement control.

Now, a few years later, there is no field of the media business that has not felt the pressure of the modern tech advancement and clearly, TV is no different. Here as well, big disruptors have appeared, some of which, like HBO, use hybrid models with great success. Others, like Netflix, apply a completely unorthodox approach to TV content publishing and it so far provided huge rewards, often at the expense of the slow-to-change industry players.

Comcast’s Blockchain Insights Platform has been conceived to utilize some of the successful elements of audience targeting that have been so effective online, mainly on social media. The part related to anonymity is most likely provided so that no one could accuse the network of selling or leasing personal the data of their users.

However, there is no assurance that these will form a natural fit that the included companies are seeking. Instead, this insight might be a lot better suited to low-to-mid range advertisement, while the TV advertisers could be looking for more brute force exposure with those media that stir the pot, like the previously mentioned Netflix.

As the Blockchain Insights Platform is being developed, it is interesting to note that there is no reference to a payment possibility that would encompass digital currencies. Bitcoin might be breaking records and people around the globe employ it for anything from getting loans to gambling with BTC, but still, the big companies like Comcast steer clear from it. This way, the same system is continuing the practice of showing little interest to technologies that will result in them lagging begin and ironically, this principle present itself even when the same company is trying to include innovations.