PokerStars wins the Poker Operator of the Year award For the third time in a row.

The recognition from EGR 2016 Operator Awards marks another achievement for the world’s largest online poker brand. The EGR Operator Awards is the Oscars of online gambling and receiving this award is a validation that PokerStars is still delivering the best service around. 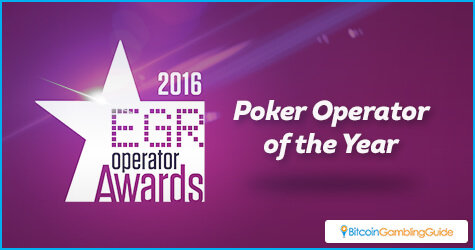 Severin Rasset, Director of Poker Innovation and Operations at PokerStars, is proud of the achievement in his response to the win:

“Winning the Poker Operator of the Year for the third year in a row is great testament to the passion and hard work that people across the business put into making PokerStars the best poker site in the world. We always think about our players first and we are committed to keep it that way.”

One of the best

The Poker Operator of the Year award is not the only award that PokerStars and its parent company, Amaya, were finalists of. They were also nominees in four other significant categories:

Amaya and PokerStars have been operating in conjunction with each other since 2014, when Amaya bought the PokerStars brand for around $4.9 billion. This merged the two companies together making them one of the biggest gambling operators on the planet. The company has recently been in the midst of changes as it tried to merge with William Hill, but the merger of Amaya and William Hill did not push through.

This recent award seems to be an indication that the company is getting its groove back. Another bit of good news for the company is that it has received formal approval to launch its new Portugal-licensed online poker and casino site. This happened on the same day PokerStars received the award. 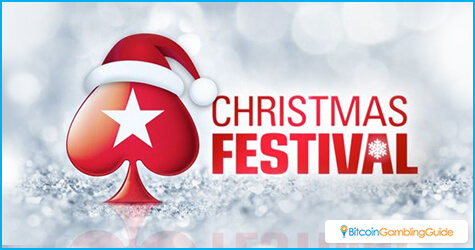 Last Monday, Portugal’s Serviços de Regulação e Inspeção de Jogos (SRIJ) formally announced that PokerStars’ parent company Amaya Gaming would be receiving an online gaming license. This should pave way for the launch of the new PokerStars.pt website, which is still under construction. It is a bit limited though since the license limits its operations to the Portuguese market, even if it is in Europe and just a stone’s throw away from countries like Spain, France, and Italy.

PokerStars is also welcoming the Christmas season as the company announces its Christmas Festival, which is another bit of good news even for the Bitcoin poker community. Projected to last for six weeks, this Christmas promotion features a calendar full of tournaments for poker lovers to enjoy.

First, there are the freeroll tournaments, with the biggest one having a $1 million pot. Next, there is the $2M Monday Million tournament slated for Dec. 26. Combined with all the other tournaments happening, the Christmas Festival promises $5 million in prizes. PokerStars continues to prove that it deserves its latest award.