Endorphina, a leading Czech game content provider, has recently given a preview of the newest slot game to be unveiled soon in time for the Rio 2016 Olympics.

With almost 30 sport events to be played, the Olympics is arguably the largest gathering of sports athletes and teams from different countries. This only makes it fitting for Endorphina to launch a special game to celebrate the quadrennial event.

Called 2016 Gladiators, Endorphina’s newest slot pays tribute to Modern Olympic Games. It takes the slot players to the world of sports and makes them experience the action and excitement as they give their best to win through the game in the comfort of their home. 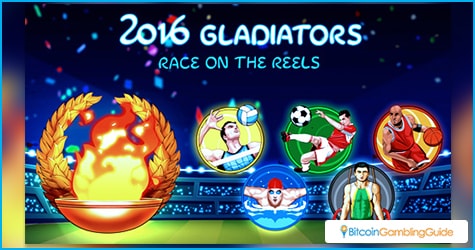 “We all in Endorphina enjoy this major sporting event and our initial idea for this game was to bring the fun and excitement from the Games in Rio de Janeiro straight to every single player and let them become part of the Games from whenever they are.”

With the goal of bringing the festive mood and adrenalin in Rio to the players, Endorphina managed to design a high-quality online slot that features various sports. Players can expect to find some of the popular sports in this game, including volleyball, basketball, football, swimming, and gymnastics.

The exact game specifications for the 2016 Gladiators slot are yet to be revealed, but Endorphina seems to have put all their creative juices into perfecting this online slot. Other than the graphics and animations that this game content provider is known for, the mechanics can just be as engaging as the other Endorphina slots. 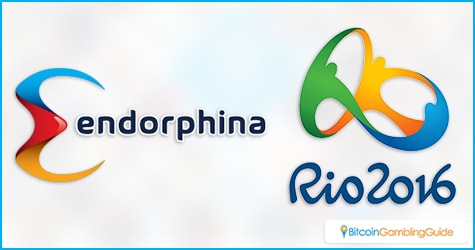 Whether it will have bonus games, jackpot rounds, or any other exciting features will soon come to play once Endorphina officially released this slot game. Since the 2016 Olympics is opening on Aug. 5, it may only be a matter of days before the iGaming community gets their hands on Endorphina’s 2016 Gladiators slot.

The best way to enjoy this slot game is to head over to the Bitcoin casinos that have the full suite of Endorphina games in their library. BitStarz and BetChain Casino have all of the Bitcoin slots from Endorphina.

Other casinos like BitCasino.io and FortuneJack also offer these games to their players. BetBaller also have the Endorphina slots on board, which are perfect to play while betting on the Olympic sports in this Bitcoin sportsbook.