Endorphina just released two original Bitcoin slots before 2016 ends. These two new Endorphina slots are called Maori slot and Voodoo slot. Both games have a high production value and interesting new features that are guaranteed to add new flavors to the exciting world of Bitcoin gambling.

This new game from Endorphina, which was launched in early December, is a five-reel slot game with 10 pay lines. The theme comes from the New Orleans Voodoo lore. The greenish color scheme and use of jungle vine borders depict the swamps of Louisiana where the lore comes from. The artwork of the slot uses most of the familiar elements of the lore, such as snakes, witch doctors, and Voodoo dolls.

The bonus feature of the game is the witch doctor with a top hat symbol. This symbol acts as both the wild and scatter symbol. Making three of the witch doctor symbols appear on different reels can trigger the free spin or game bonus.

During the free spin, there is a chance the symbol on two or more reels become highlighted. The highlighted symbols replace every other symbol in the reel they occupy.  Players can also get additional free spins when three witch doctor symbols appear during this mode.

The latest Endorphina game is a five-reel, nine-pay line slot. The Maori slot theme comes from the indigenous Maori tribe living in New Zealand. The game is a tribute to the tribe’s rich culture and mythology. Maori focuses on a time before the westerners made their first contact with the tribes in New Zealand.

The game, which launched just recently, uses the latest 3D graphics from Endorphina. This brings the people from the indigenous tribe to life. Players can enjoy the arts of the Maori when they achieve a certain win. 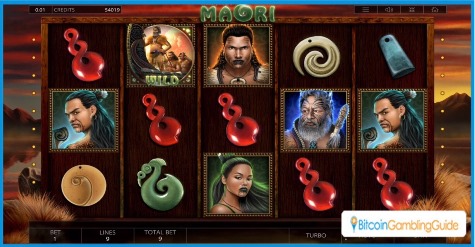 The ‘Unlimited free game’ mode opens the potential to a large payout. The chance of losing all of a player’s blue sun counters is very low than the chance of getting more free spins in other games. Thanks to the green sun that can replenish a sun counter, players can keep spinning the reels until they double their bankroll.

Both the Voodoo slot and the Maori slot are perfect additions to the equally exciting game titles from Endorphina. The two slots will bring more excitement and variety to games that show the popular dance craze in Twerk slot and the innovative Satoshi Secret slot unveiled in Prague last year.