The Rio Olympics are in full swing and people are getting into the spirit of it with celebrations and promotions. Some software development companies have done so by releasing new games celebrating the Olympics. XIN Gaming recently released its Rio Fever slot to get people into the Olympic spirit. Endorphina, one of the big names in game development, also released its own version of an Olympic-themed game. Called 2016 Gladiators, it shows off Endorphina’s expertise in making a great game.

With hand-drawn graphics and excellent visual design, the 2016 Gladiators slot game manages to deliver its Olympic feel. Showcasing several Olympic events, the game uses them as symbols for its winning combinations. 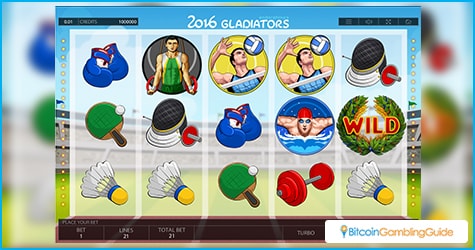 The sports being shown are weightlifting, soccer, volleyball, swimming, fencing, basketball, badminton, boxing, and table tennis. It even has the laurel wreath and the Olympic fire acting as special symbols. The game’s musical theme is just as effective as evoking that Olympic feeling, with each winning combination being celebrated with an applause.

As a game, the 2016 Gladiators is an excellent example of the genre. With five reels and 21 pay lines, it gives the player a good at chance at winning. The game allows players to modify the chances and bets, ensuring that they have a way to give input on their game play.

Players can also choose to play with the minimum bet at one or to go for the maximum at a hundred. They can also choose to limit the active pay lines since their bets would be multiplied by each pay line. Moreover, they can even gamble on their winning combinations, potentially doubling their winnings if they can beat the dealer’s card within the mini game.

All in all, the 2016 Gladiators slot game is a great showcase of Endorphina’s experience in developing slot games. Having refined its skills over the years, the company has managed to make sure that it can pump out fun and amusing games that will draw in the players. 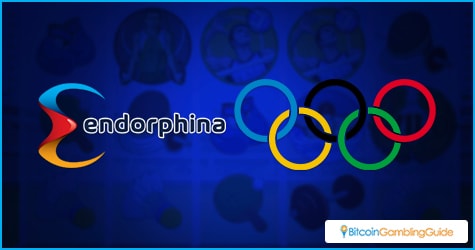 Endorphina has recently taken to looking to current events for themes for its slot games. The company’s offering before this one was a football-themed slot developed just in time for the UEFA Euro 2016. It managed to deliver the excitement of a soccer match with its excellent combination of great graphics and music, something that Endorphina managed to repeat again in their latest product.

Though many would think that an event-themed slot would fade away when the event is done, Endorphina has managed to create a slot with a timeless and enjoyable feel. This game will be played long after the Olympics are finished and it will still deliver a punch.

With the company’s partnership with many online casinos, players who would like to experience this latest offering will not have any difficulty finding it. Players should join the Olympic festivities by trying it out in the leading Bitcoin casinos like BitStarz, FortuneJack, and Princess Star Casino.