eSports—short for electronic gaming—is one of the fastest growing online industries today. This corner of the market involves competitive computer gaming, such as Dota 2, League of Legends, StarCraft 2 and Counter-Strike: Global Offensive.

The history of eSports can be traced back to the 80s, when 8-bit games like Space Invader caught everyone’s attention. It was also the first game used for a videogame competition. This spurted the growth of competitive games, which then evolved to online multiplayer games in the early 90s. However, the larger scale tournaments outpoured during the early 2000s, where it significantly gained popularity and constructed greater communities that solely focused on eSports.

The modern times are not without the presence of videogames. Nowadays, almost everyone can access games through their mobile phones, desktop computers, or dedicated consoles. The widespread of videogames made it a part of everyone’s lives in one way or another.

In the US, 155 million Americans play games. One brand—League of Legends—has a community consisting of 67 million players. This alone exhibits the growth eGaming has gone through for the past years.

The community has even witnessed mainstream success and continues to receive media coverage and exposure, which clearly displays its achievement as a standalone market. This posed a new opportunity for various technologies to take advantage of. Bitcoin and the cryptocurrencies quickly joined the party. 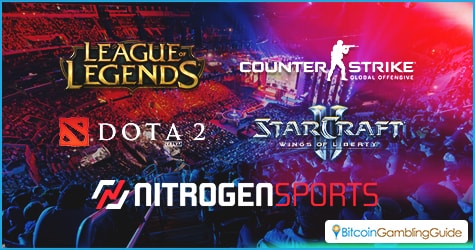 Injecting cryptocurrency into eSports is the only viable move for the technology to get additional exposure in the market. One of its biggest innovations involves the presence of electronic sports on betting and casino platforms as exhibited by the brand Nitrogen Sports, VitalBet, and other sports betting venues online (apuestas deportivas con bitcoins).

The introduction of eSports further expanded the horizon of sports betting sites as it now offers a feature that can cover a brand new market. Betting on eSports using Bitcoin wagers is an addition that can increase the attractiveness of gambling toward the gaming crowd.

Furthermore, this benefits both the online casino and eSports scene due to the increased acknowledgement.

Some suggest that this can reduce the public’s interest in online gaming as eSports offers more interactive platforms that may seem entertaining to many of the younger followers. However, gambling is a well-established industry having decades of experience under its belt. The two can complement each other by providing the market with a wider selection of games. 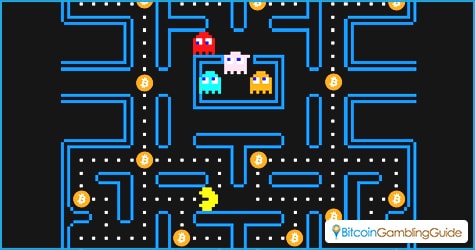 The concept of Bitcoin fitting together with eSports can do a great deal for virtual currency as micropayments make up for a huge part of online gaming. Obtaining virtual items such as accessories for gaming characters or certain gaming upgrades generate millions of profit for the gaming providers each day.

One current breakthrough that involves the two fields is the introduction of the online gaming structure of Leet, which requires players to deposit bitcoins to play the hottest games today. The winners of the games then receive the prize Bitcoin. This is another way to incorporate cryptocurrency into the world of eSports, apart from using the digital currency to bet (apostar bitcoins) on which of the two teams or players will win the match.

Today, almost everyone is familiar with the advantages of Bitcoin for fast transactions and micropayments, which is why this is another ideal industry for Bitcoin to make its mark and showcase its benefits as a payment system. In return, all of this combined can help Bitcoin reach a mainstream status—a goal that may soon be fulfilled in the next few months or years. Bitcoin in eSports may be the catalyst the cryptocurrency network is waiting for, which in turn also contributes to the growth of Bitcoin eSports.