This week will see the opening of the Gnosis prediction market in beta, while in the near-future Augur will leave beta to offer its services to the world. Both prediction markets use Ethereum as their currency of choice. Prediction markets are based on the idea of selling shares on the likelihood of a future event happening. People would buy shares and they would be rewarded when the event happens, while getting nothing if it did not.

The main reason for this is to collect data on what people think will most likely happen. Called the “wisdom of the crowds,” this has been used as a way to predict future events for decades now. With Gnosis and Augur, the developers hope to give Ethereum a foothold in this field.

Both Augur and Gnosis have been in development for some time now. The team behind Gnosis has been developing for Ethereum since early this year. 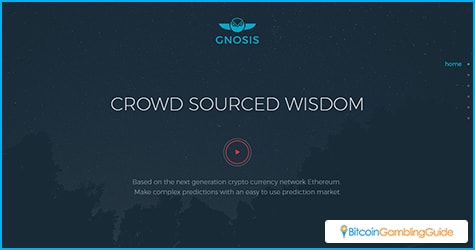 They have already shown off a sample of what the service can do with Hunchgame, a simple platform that shows the possibility of using prediction markets to help predict celebrity gossip. Gnosis founder Martin Köppelmann and his team had planned to open up the service earlier, but they decided to delay and do some additional testing and revising.

Now, with its release, it will be showcasing a new version of the system, with quite a few features that will interest those who want to use it.

Matt Liston, a part of the team working on Gnosis, has this to say about the prediction market platform:

“Gnosis enables anyone, anywhere, to speculate on the outcome of events with financial incentive. It is an indispensable tool to create more efficient information economies. Applications of Gnosis are incredibly wide ranging, from more flexible and efficient sports betting and financial instruments, to novel forms of governance, insurance, action incentivization, information aggregation, and much more!”

Augur, on the other hand, has been in Open Beta for several months now. This has allowed people to see its promise as a decentralized prediction market platform. It has also let the team behind it continually improve the service, aiming to create a secure and comfortable wagering experience.

Augur and Gnosis are in the same field, so it is inevitable that they would compete. Both of them have excellent features that would be favored by many customers. 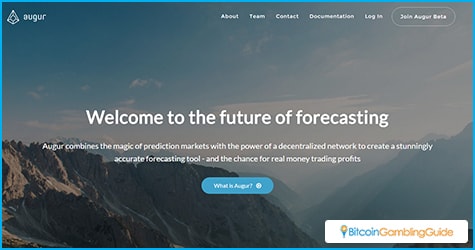 For example, Augur has recently concluded a deal with Airbitz to use their Edge Security option. This security solution allows for automatic encryption, backing up, and synchronization of private keys and account data across devices, ensuring that transactions on the platform are safe from a data breach. Augur will be adding more features as it continues its beta

With these features and continuing developments, it will be interesting to see how these two sites develop.