The past week has been a bad one for Euro 2016. The matches are doing fine, but it is what is happening off of them that is the problem. Starting last Sunday, violence has erupted before a couple of matches. In what was supposed to be a celebration of the sport, violence marred the event. This has long-term consequences and can possible ruin the enjoyment of many fans.

The epicenter of this violence seems to be in Group B. Comprised of England, Wales, Slovakia, and Russia, the grouping seems innocuous. The problem is that England and Russia have some of the most hardcore football fans in the world.

England is where football hooliganism started with violent fans whose fanatical team spirit has led then into often over-exuberant violence, whether in celebration of victory or protest of defeat. On the other end, Russian fans called “ultras” have often made warzones of some of the country’s domestic matches. They would even throw smoke bombs and firecrackers on the pitch at time. 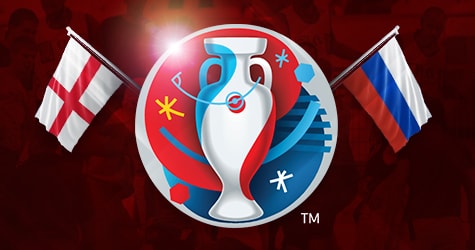 There were already rumblings of violence in Marseille days before the debut match between Russia and England. Reports of beatings and clashes between fans were already making the round. It all came to a head when Russia managed to tie with England. The Russian fans then exploded—invading the English section, forcing many fans to flee, while some fans were beaten up.

The aftermath of the match had the UEFA administration coming down hard on the Russians. The team was fined and a suspended disqualification placed on them so that the next incident of violence would result in their being kicked out from the tournament.

This did not stop the other side of the equation, the English, from making trouble. In Lille, where Russia and Slovakia were to have a match, English fans were involved in stirring up trouble that ended with riot police deploying tear gas. This resulted in the English team being sanctioned as well, though they did not get a disqualification threat.

Bad for the tournament

The problem seems to be growing even larger for Euro 2016. Three Russians arrested in Marseilles were sentenced to jail for up to two years, while 20 other Russians were deported for their participation in the violence last week. Russian officials have objected to this greatly, criticizing French authorities for being overly harsh and biased. They are already making appeals on the three cases. The Russian press is also taking up arms in support of fans, pointing out negative English behavior, sometimes even resorting to fake accounts. 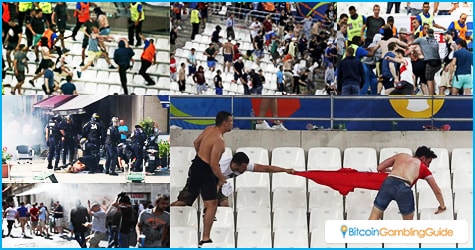 All this negative press is distracting many from the tournament itself. While these incidents are highlighted other matches are going ahead with no problem. Nowadays, people are just waiting for the Russian team to get disqualified because of another incident. They could even make a bet on it on some prediction markets. It is hoped that the incidents will pass once the group matches are over and a definite leader emerges from Group B.