The European Poker Tour has been around for more than a decade now. It has become one of the poker world’s biggest real-money events alongside the World Series of Poker. This year it celebrates its 13th season in one of the tour’s favorite cities, Barcelona.

Lasting from Aug. 16 to 28, the Barcelona leg of the EPT is going to be full of poker tournaments and opportunities with great prizes. The festivities will be even brighter because the EPT will be happening in conjunction with the Estrellas Poker Tour, the biggest regional poker tournament in Spain.

What to expect this year

For those who want to participate, the 12 days of the EPT in Barcelona are going to be a full schedule. The €5,300 EPT Barcelona Main Event already has over 290 players qualified for it, while the €1,100 Estrellas Barcelona Main Event has 453 qualified players waiting to play in it. However, before the main event, there are a lot more events to consider. 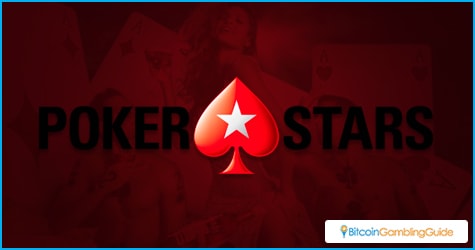 Some of these events are the Spin & Go satellite tournaments. These first appeared in the EPT Grand Finals at the Monte Carlo Casino in Monaco. The attraction of these tournaments is that players can turn a €10 into big winnings. This was proven in the debut when eight of the 121 players from these Spin & Go tournaments went on to winning a total of €468,990.

It is not just about tournaments. There will be quite a few #StarsFun activities planned for EPT Barcelona. PokerStars, which merged with Full Tilt Poker and was rumored to be accepting Bitcoin this year, is the main sponsor of the EPT and it wants players to come in and play. This means attracting them by including a Players’ Lounge and a party at the legendary Pacha nightclub on the 21st.

The next day will be the EPT Charity event. Celebrity players and members of Team PokerStars Pro will be having a poker event to donate to the Right to Play charity organization. Water sports activities like jet skiing and paragliding will also be available while a table tennis challenge hosted by Right To Play Ambassador Darius Knight will be held.

It is not all fun and games, though. The PokerStars Innovation Hub will run from Aug. 22 to 25. This will allow players and industry partners a chance to suggest innovations and improvements to the current PokerStars structure. This can mean new games, new features, live events, and more. People can even sign up to be an EPT dealer. There will be auditions for the position on the last day, Aug. 28. 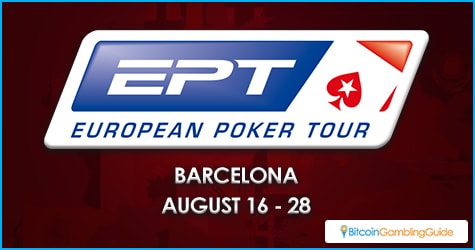 The real main attraction of the event will be the big prizes. Last year, even if it only had a guaranteed €5,300 as its prize, the EPT Barcelona Main Event attracted a record 1,694 players. This made it the biggest EPT Main Event ever held.

With all of these events slated to happen, it will be interesting to see how this year’s EPT Barcelona will go.