For August of this year, the big news is that the summer Olympics will be happening. With the venue in Rio de Janeiro, the 2016 Olympics will have the backdrop of a tropical paradise and will be the first Olympics being held in a South American City.

For this year, there will be over 28 Olympic sports, including rugby and golf which are making a comeback to the Olympic scene. Over 10,000 athletes will be attending, from over 200 National Olympic Committees. With over 306 medal events, this Olympics will be a spectacle of sportsmanship. 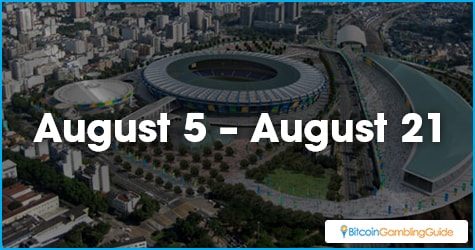 In light of all that will be happening, Brazil has been doing its best to ready the country for the event, with the city of Rio de Janeiro getting the lion’s share of attention. It does not mean it will be the only venue, though. There will be other venues available that will host several of the events. These include the cities of São Paulo, Belo Horizonte, Salvador, Brasília, and Manaus.

However, Rio de Janeiro will be the main location for the Olympic events. Since Rio won the bid for the 2016 Olympics in 2009, the city has been preparing for the event by upgrading infrastructure and building the necessary facilities. Fortunately, the city already has a big stadium in the form of the Maracanã Stadium, which was originally built for the 1950 for the World Cup. It still needed several facilities, though, most notably the largest Olympic Village in history, which has over 31 new buildings and the ability to house over 18,000 people.

It is not just buildings that got the upgrade. Rio de Janeiro needed to get a quick fix in several areas. For example, one of the city’s main problems was its crime problem. This has been responded to by increased police patrols and the use of community-based Police Pacification Units. Another improvement that has been made in the city is its transport structure. With an influx of people, both athletes and tourists, it would be necessary to improve the city’s transport abilities. 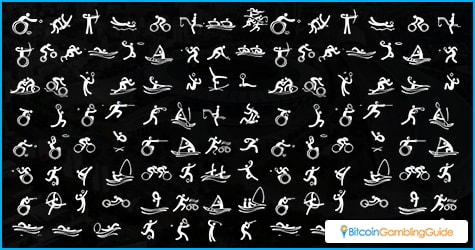 With all of these sports events happening, Bitcoin sports betting will be sure to happen. There are already some outright bets available on Nitrogen Sports on which country will be able to earn the most gold medals, with the US and China being the top favorites. Additional wagers are also available about how many gold medals each country would win. More Bitcoin sportsbooks will get in on the action when the events begin.

Betting on this particular Olympics will be a bit strange. This is because quite a few favorites are out of the running. Several top athletes like Milos Raonic, Tomas Berdych, Simona Halep, and Karolína Plíšková are skipping the Olympics mostly in fear of the recent Zika virus scare. In addition, several of them have suffered from injuries and have to miss the competition like Usain Bolt who is suffering from a torn hamstring.

No matter what, though, this year’s Olympics betting will be interesting, and can even top the football craze a few weeks back headlined by the Euro 2016 in France and the Copa America Centenario in the US.