The coming US presidential election in November will be a time of decision. With a contentious campaign still ongoing, the battle between Donald Trump and Hilary Clinton has been dominating the media landscape of America for months now.

Both candidates have managed to get sizable support from their base and have been campaigning to get voters who are solidly in the middle to go to their side. Recently, the two participated in the first of three presidential debates leading up to the elections.

Though Clinton managed to come out on top, Trump has still a solid hold on his supporters. For those who have put money on the potential winner, the odds are looking pretty close. It does not help that the US electoral process makes predicting the election a bit difficult. 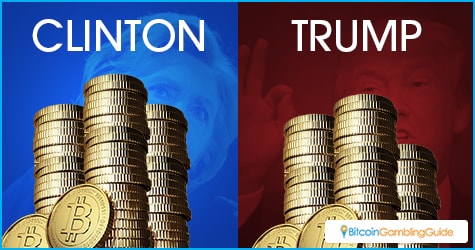 How the US elections work

A lot of people assume that the democratic elections that the US uses to elect a president are decided on the popular vote. That is how it usually works for lower offices. However, for the highest position in the land, the rules are a bit different.

US has an electoral college for presidential elections. This is composed of representatives of each state. Each state has a number of votes that is determined by the population of the state. For example, the densely populated West Coast state of California has over 55 electoral votes, while the just as large but not as populated state of Texas only has 38 votes.

This is why the odds for both candidates are pretty close. Hillary Clinton is assumed to have 4 to 11 odds of winning, while Trump has 2 to 1 odds. There are several factors for these results. First, both candidates are not exactly popular. Trump has made a lot of verbal gaffes and has offended a lot of people. On the other hand, Hillary does not exactly have a good reputation either and has the shadow of her husband’s problems to deal with.

Second, this election season is one of the most polarizing ones in recent years. It does not help that Donald Trump seems to be inciting people with his incendiary language. A lot of the media right now is flooded with both Democratic and Republican propaganda and it can be hard to gauge the pulse of the moment.

The close odds reflect the current political climate. These odds are not final, though. A lot can happen in four weeks, and people may still see a change in them as the election approaches. This, however, proves to be a perfect time to place last-minute bets on various Bitcoin sportsbooks that cover the US election. In fact, even Bitcoin prediction markets have joined in on the betting spree on the upcoming election.