This weekend is Thanksgiving weekend and, while the nation chows down on turkey and cranberry sauce, there is another set of football games to enjoy. Nearly 15 games are going on this weekend, which should be enough to deliver some football action to fans. They also provide an excellent opportunity for sports fans to wager. Sportsbooks like Nitrogen Sports and DirectBet are taking bets already on these games. For those who want to win bitcoins over the weekend, here are some of the Bitcoin sports betting odds.

There are several games that bettors should focus on. First, there’s Washington Redskins and Dallas Cowboys match-up. The Cowboys have a great line-up and they are favored to win at 1.367 odds. The Redskins are behind at 3.383. However, the boys from Washington have the NFL’s No. 2 ranked offense and they have got a chance. It would be a big pay out if they did win. 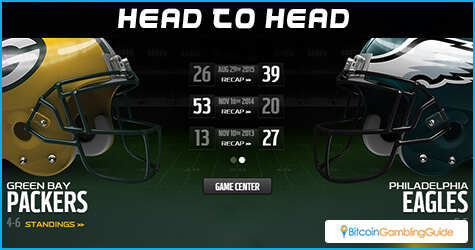 The Carolina Panthers and the Oakland Raiders will also clash on Sunday. The odds are close but there is a clear favorite. The Panthers are at 2.365 odds, while the Raiders are at 1.654. This can be blamed on the Panthers having a 0-5 against teams with a 0.500 record or better this season.

With the Raiders being the AFC’s number one seed, this puts doubt on the Panthers’ chance of winning. Finally, there are the New England Patriots and New York Jets for another match this Sunday. Many already predict that the Patriots will be crushing the Jets at 1.3 to 3.8 odds.

These five games all have something in common. All five of them feature the top five contenders for the Super Bowl championship. The New England Patriots are in the lead at 7-5 odds, after beating a string of teams and consistent solid performance. 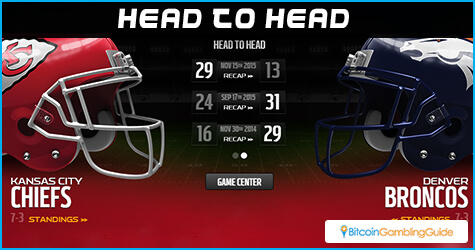 The Seattle Seahawks and the Dallas Cowboys tie for second place at 5-1 odds. Both have been matching the Patriot’s performance and they are a hair behind. With more weeks left on the NFL schedule, they have a good chance of catching up. The Pittsburgh Steelers are third at 14-1 and they seem to be heating up as they suddenly face an easier schedule. Finally, the Oakland Raiders are at 16-1, especially as the AFC’s new number one seed.

This weekend’s games will affect these odds, so bettors should keep tuned to see the results make sure to master NFL sports betting to end up with a bigger payout.