A seemingly stabilizing price of a couple of hundreds more than the value several months ago proves beneficial to Bitcoin sectors, especially the Bitcoin gambling community.

Recent reports suggest that the Bitcoin price shows no signs of regress and is now trading above $400. From a layman perspective, though, this Bitcoin price activity appears to yield no importance to the encouraging progress of the cryptocurrency.

However, digging deeper into matter reveals the causes and effects of high Bitcoin price, which are vital to the success of Bitcoin in the mainstream.

The stable and decent price activity that Bitcoin currently experiences is largely caused by the recent market fall, evidently in China.

After the country’s government indiscriminately allowed the Chinese yuan to lapse in value, Chinese investors decided to invest in other effective currencies beyond the control of the government. 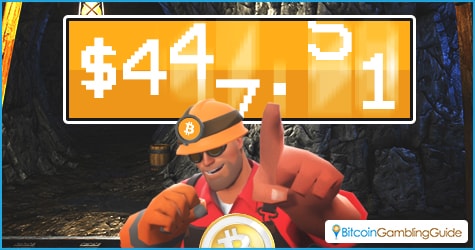 In lieu of prolonging the unfortunate effects of yuan’s depreciation, stakeholders opted to place their finances on the decentralized network of Bitcoin.

This monumental business strategy, which is a consensus among traders from the region, significantly boosted and maintained the optimistic value of the cryptocurrency, even more so Bitcoin in China.

According to financial experts, the fact that businessmen considered Bitcoin as their prime alternative and solution to the regression of their real-money currency only goes to show that cryptocurrency benefits are gradually being recognized across various sectors.

The Bitcoin price is greatly affected by the consideration and investments given by real-money consumers in an aim to prevent their investments from losing value. This also reflects the relationship of the Bitcoin price with the financial markets, whereas a declining market leads to a higher Bitcoin value.

Increase in Bitcoin price opens another round for Bitcoin mining

If the logic of the Bitcoin price appreciation from the fall of the fiat markets is to be followed, then the rise of Bitcoin mining can be attributed to the latter as well. 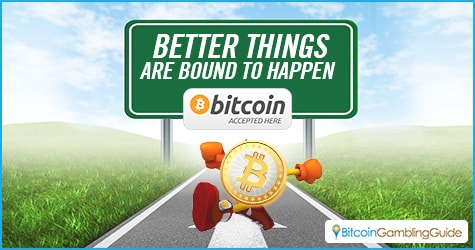 The Bitcoin mining industry was once a key player that contributes to the strengthening of the cryptocurrency niche, but it lost its luster when unfavorable circumstances hit Bitcoin for the past years.

The sharp decline of the Bitcoin price forced small-time and standalone Bitcoin miners to exit the market, and this left the mining to the large cryptocurrency mining companies. Private miners, however, saw an opportunity in online mining pools, which proved to be an alternative amid the challenging times in Bitcoin history.

With the increasing and stabilizing price of the digital currency, many experts saw fit for Bitcoin mining to become prevalent once again. This should be the expected scenario despite half of the total amount of Bitcoin already mined.

Since the value of Bitcoin maintains its positive price tag for more than two weeks already, this may ultimately serve as a green light for Bitcoin miners to start operating once more and bring the Bitcoin mining department to take center stage.