This weekend will see another edition of one of racing world’s premier events: the F1 Hungarian Grand Prix. A round of the FIA Formula One World Championships, the results of the race will contribute to the points needed to claim the world championship trophy. With some of the world’s top drivers and racing teams competing, this weekend’s Grand Prix will be something to watch out for.

It helps that the race will be happening at the Hungaroring. This track was specifically made for the inaugural Grand Prix back in 1986, one of the first F1 races in the communist world, which attracted around 200,000 spectators. Since then, the track has hosted the Hungarian Grand Prix. It proves to be a challenging track, especially with its trademark curves. This year, though, there is an interesting twist. 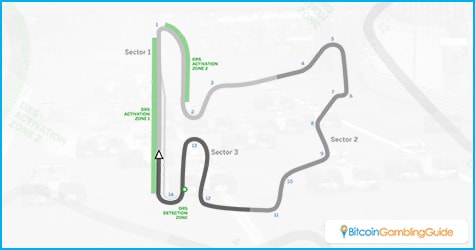 As part of renewing the Grand Prix contract with the F1 management, the track has been resurfaced. In the past, the Hungaroring track had a lot of loose particles and became particularly dusty when the high speed vehicles raced past. The new surface can also affect how the wheels will grip the track. The racing conditions are almost always hot and dry, which can greatly affect how some cars and driver perform. The only time the Hungaroring got a wet track was back in 2006.

The Hungaroring has seen quite a few great racers in its time. Joel Schumacher, one of the world’s finest racers and seven-time world champion, has managed to win the Hungarian Grand Prix a record four times. He is only matched by another multiple world champion, Lewis Hamilton.

This year’s race will be a very interesting one. Grand Prix races are not just about the drivers, but also the racing teams that support them. There are several race teams that hope to make a mark in the upcoming Grand Prix. First, there is the Red Bull racing team. It has managed to outscore Ferrari in a couple other Grand Prix races and it hopes to repeat the feat again.

Next, there is Ferrari itself. The team’s performance has been dismal in the past few races, but it plans to make a comeback. Similarly, Team Haas, a newcomer to F1 racing, hopes to improve its chance by scoring points in this particular Grand Prix.

As for the drivers, a lot of people are making bets already. Even though the entire event runs over several days and can be difficult to predict, people are placing wagers on the outright winners now. Different Bitcoin sportsbooks like Nitrogen Sports, DirectBet, and SportsBet.io have already posted the odds on the favorites. The overwhelming one favored to win is Lewis Hamilton. He has won this race four times and people are confident that he will win again at 1.3 to 1.8 odds. Trailing behind is the next favorite who happens to be Nico Rosberg at 3.3 odds. Sebastian Vettel is the third at double-digit odds.

Though Hamilton is the clear favorite, no one can really be sure of the results. With the results up in the air, this weekend’s race will be a treat to watch.