One of the constants of daily fantasy sports is about to change. For much of the industry’s history, it has been dominated by the two big names: FanDuel and DraftKings. These two companies were in at the ground floor and have leveraged that advantage to being at the top of the heap. However, these two companies have been hit hard by recent developments like DFS being banned and their excessive advertising spending.

With the big companies in trouble, this has given a chance for smaller operations to make their mark. Fantasy Aces might not have the brand recognition of FanDuel or DraftKings, but it has managed to capture a significant part of the DFS market.

For the past year, the California-based company shared the 4th place position in the DFS market with its rival, Fantasy Feud. Yahoo DFS, with its robust platform, has quietly held the 3rd spot in the DFS hierarchy. This will soon change, though, as Fantasy Aces takes a crucial step. 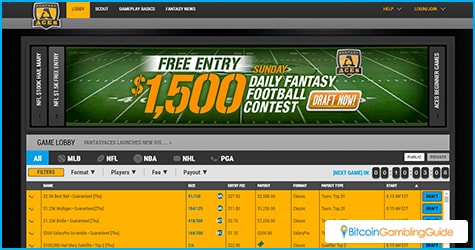 The big change is that Fantasy Aces has managed to arrange a deal with Fantasy Feud’s parent company, Gaming Nation. In a binding letter of intent, the company will provide Fantasy Aces with access to more than 35,000 participants in the Fantasy Feud database in exchange for an initial cash payment of $19,000 for the acquisition, with further payments being in common Fantasy Aces shares. The final price is not yet set in stone since the two companies still have to agree on how much access Gaming Nation will give to Fantasy Aces.

The deal, however, is not yet final. It will still need approval from TSX Venture Exchange, owner of Fantasy Aces, and several other regulatory bodies that have jurisdiction over the deal—which means American regulators. After the deal is finalized, the two will announce the final price and how the merger will happen.

Tom Frisina, CEO of Fantasy Aces, is very positive about the deal in his statement to the press:

“This deal should prove to be extremely accretive to shareholders The timing of the deal could not be better as we move in to the biggest quarter of the year, with NFL starting, followed by NBA and NHL, while MLB and PGA continue. With certain states finally announcing that DFS players are able to freely play, we expect the whole industry to expand dramatically over the next few years.”

The DFS industry in flux

With these two companies combining their customer base, they may overtake Yahoo DFS for the 3rd spot. Other companies, however, may also be thinking of a merger to compete. There was even a rumor that DraftKings and FanDuel would merge. Some experts also think that DraftPot and DraftOps, another pair of DFS operators, are planning the same move—much like the trend among the UK sportsbooks. 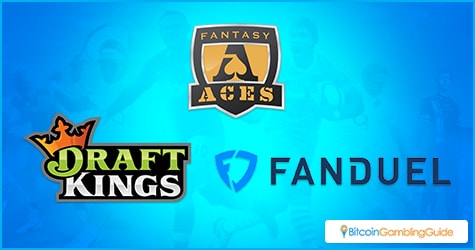 These mergers and changes in the industry are the result of the increasing difficulty in the market. With DFS being banned in some states and with cut-throat competition, it can be hard for smaller operators to make a mark.

Though data shows that Fantasy Aces and FFI have a combined gross revenue of $1.15 million, that is nothing compared to the millions earned by the big two. This merger will give the company a fighting chance and analysts are excited about the possibility of a more balanced market in the future.