The Western and Eastern Conference finals are drawing near, and there is no better way for bettors to experience the excitement than to win from their bets. Wagering on teams, however, can be too passé for some due to the lack of direct connection between the bettors and the teams. For those who feel the latter, playing daily fantasy sports is the alternative.

Fantasy sports and the NBA are a perfect combination for bettors who wish to skip the seemingly traditional approach to online sports betting. With daily fantasy sports, a player will not be betting on the odds of his preferred team, but rather form his own team by choosing the athletes he deems perfect for the positions in his fantasy team. Today’s market has a few daily fantasy sports sites that feature contests that can double the fun in this season’s NBA conference finals.

DraftKings and FanDuel, the two fantasy sports giants, are the ideal go-to venues for this cause. They support a variety of sports and offer contests for different leagues and competitions. Bettors from certain states in the US, however, are restricted from engaging in these sites due to conflicts with state laws and regulations. 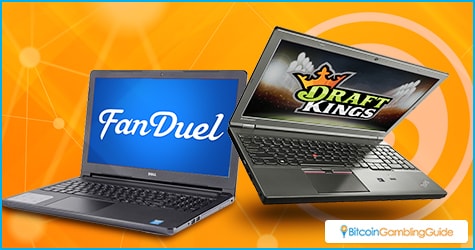 While other players can still access these two, FanDuel and DraftKings only accept real money as bets. This serves as a barrier for Bitcoin bettors who are willing and interested in exploring what daily fantasy sports has in store for them in connection to the NBA Playoffs.

Bitcoin fantasy sports players can head over to MVP Lineup and see which contests are open. MVP Lineup supports the digital currency, and this gives it an edge as it narrows down its market to the Bitcoin bettors.

By joining contests, the fantasy teams are put head-to-head with the other teams composed of various real-life NBA players. With the aim to win every matchup, strategically choosing the pro ballers is crucial since how they performed in the real games are carried over to the contests. In short, the potential of the fantasy basketball team to win depends on the recent performance of the real players.

This is the wonder of playing fantasy basketball. Using the individual abilities of the players as the bases for the selection of the team members makes it more dynamic than taking chances on the odds of how the team as a whole will perform in each game.

Bettors who wish to find another means to maximize the thrills of watching the NBA finals can expect more once a fantasy sports app from India integrates the NBA games. 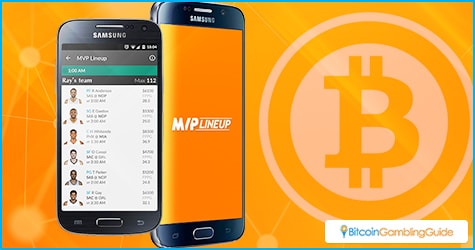 Ballr, a fantasy sports company that functions as an Android app for now, is looking to open NBA contests. This app, however, promises users of a different experience—one that veers away from gambling.

Sam Jones, founder and CEO of Ballr, disclosed in an interview that his fantasy sports app aims at creating player interaction. Moreover, the winning teams are rewarded with prizes offered by participating brands.

This app currently supports cricket and football for the Indian and Chinese markets, respectively. The NBA will join Ballr in October, so fantasy bettors should expect to find another way to enjoy the NBA games with fantasy basketball.