The Round of 16 is over and the UEFA Euro 2016 tournament moves on to the next stage. The quarterfinals will begin on the 30th, with Poland and Portugal clashing in Marseille. For sports bettors, this is the part where everything heats up. With a much narrower field, placing a wager on the ultimate winner is easier. In addition, with top teams battling it out, watching these teams play is more of a pleasure.

The trouble for sports bettors is where they are located. Though there are a lot of soccer fans watching the games in the stadiums and the games are often broadcast in the Eurozone, the trouble is for those who are located in more distant countries. The usual answer is to watch them via pay-per-view or via cable TV. However, not all bettors have access to those. This is why some bettors often place their bets and then have to wait blindly for the results.

Live streaming is the answer to these woes. Live streaming videos have increased in popularity as bandwidth increased. Initially only done for short events, live streaming has now progressed to showing longer experiences like full sports matches. For those who have no access to cable or pay-per-view, livestreams can deliver the same experience via their computers. 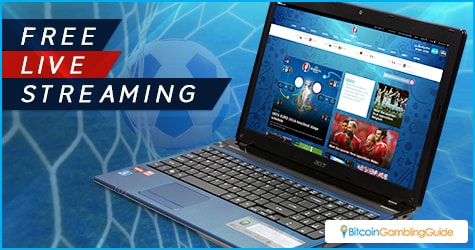 For sports bettors who want to experience the thrill of watching the game they put a wager on, livestreams are a good choice. There are a couple of free live stream options like Live TV and Live Football Streaming which can allow bettors to watch with the minor inconvenience of advertisements.

Moreover, there are actually sportsbooks that deliver their own streaming experience, in conjunction with their live betting offerings. Watching the next Euro 2016 games live is better than just waiting for the results. It can make people more excited for future games and engages bettors more with the game.

For the four matches of the quarterfinals, it would be great to watch them live streamed with money riding on a team. There are eight teams vying for the four positions in the semifinals. The matchups are: Poland versus Portugal, Wales versus Belgium, Italy versus Germany, and Iceland versus France. Major sportsbooks like VitalBet, Nitrogen Sports, and SportsBet.io have already posted the odds for these matches, which all seem lopsided.

For the Poland-Portugal match, Portugal is the favorite with its strong team going up against Poland’s newish line-up seems to be a set thing. The situation is the same in the Belgium-Wales fight, with Belgium’s proven veterans edging out over the Welsh. 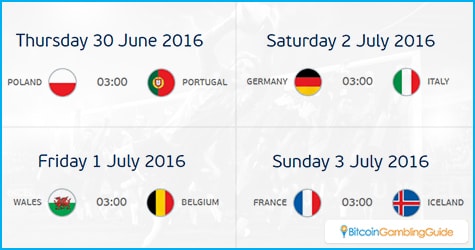 Germany and Italy are a bit more even in their odds, but many bookies are confident that Germany’s powerhouse will stomp the Italians. Finally, Iceland will face France. Considering that France is the favorite to win the entire tournament, the odds are definitely in favor of the French.

With the quarterfinals happening over the weekend, sports bettors will have to place their wagers now and watch whether they get a big jackpot on the public Euro 2016 livestreams.