After what was a disastrous Game 3, the Golden State Warriors seemed to have gotten back into the groove. In a game that seesawed leads between teams, it was a big win for the Warriors when the team managed to come back roaring in the second half. The game ended at 108-97 in the Warriors’ favor.

It was not exactly the blow-out win of the earlier games, but it definitely made the Cavalier’s hope of winning a lot more distant. No team has ever come back from a 3-1 deficit in the actual NBA finals and though there is still hope for the Cavs to come back, the chances are pretty low.

Curry back in the game

The odds for a Warriors win for Game 4 were pretty good. Anyone who made a wager on them would have won quite a bit of money. With the Game 3 drubbing they received, anyone placing a bet on the Warriors had to take it on faith that they would win. That faith was rewarded when the Warriors started powering up their game. The first half of Game 4 had the Cavaliers leading, but with Steph Curry and his team at their best, no lead is safe. 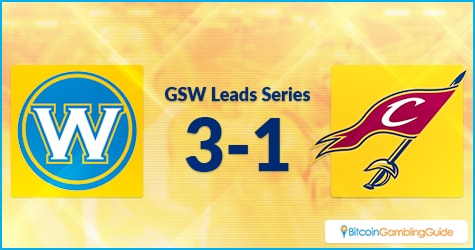 A lot of people were asking where Stephen Curry was for the first three games and it seems he decided to finally show up. The NBA MVP managed to score 38 points, 6 assists, and 5 rebounds for the entire game. This is an impressive performance and shows that the Warriors’ star player was firing on all cylinders. Combined with impressive teamwork from the team, the Warriors were like an unstoppable train.

This is not to say that the Cavs did not bring their A game. LeBron and his teammates did not make it easy for the Warriors, but when the 4th quarter came, they were outplayed as the Warriors scored 29 points to their 20.

The bets are now coming in for Game 5. Major online sportsbooks like Vitalbet, Nitrogen Sports, and SportsBet.io agree on the odds for the Warriors to win. Set at 1.41, that makes them the definite favorite since Vitalbet and Nitrogen Sports place the Cavs at 3.0 odd for the win, while SportsBet is more generous at 2.41.

There are several factors that affect the Game 5 odds. For one, everyone is anticipating Steph Curry to continue to be on fire. With his lackluster performance in the first three games, people had forgotten he was an NBA MVP. This latest game showed everyone why he got a unanimous vote as MVP. 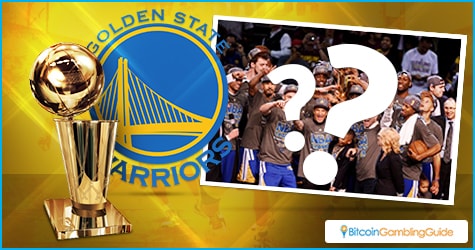 Another reason for the confidence in the Golden State Warriors is the historical precedent that no team has managed to fight back from a 3-1 record in the finals. The odds are against the Cavs in this. Finally, the next game will be at the Warriors’ home court. That advantage can decide games and a lot of people are thinking that this will clinch the Warriors’ win, even with Draymond Green suspended.

With the excitement reaching fever-pitch, tomorrow’s game will be interesting to watch.