Over time, several changes and upgrades on the slot machines have transpired, with today’s slot games made even better by the advanced technology. Microgaming’s Thunderstruck slot and NetEnt’s Gonzo’s Quest slot are two of the most popular slot games in online gambling, and they showcase the features that define how the modern slots should be.

Comparing Gonzo’s Quest and Thunderstruck reveals the significant differences in the technology used and the gameplay employed. Microgaming’s 2004 offering became a huge hit in the iGaming sector, and this alone is proof that Thunderstruck slot has the right elements. This success, however, will not change the fact that between the two, Thunderstruck slot follows a more traditional approach for an online slot. 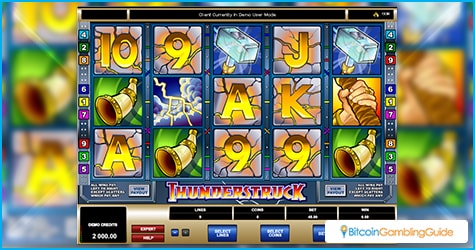 It has five reels and three rows, but unlike Gonzo’s Quest slot, it only has nine pay lines. Players who want to bet on more lines will definitely appreciate the NetEnt game since it has 20 lines on a similar slot structure. But what makes Thunderstruck still a favorite is its high RTP paired with the higher chances of catching winning combinations.

Gonzo’s Quest also pays the players well, and this is another reason the Road to Eldorado-inspired slot game is also a crowd favorite. On top of this, it features high-definition graphics that are becoming a common feature in new online slots. Thanks to its full 3D display, the animations are spot on, which complement the style the reels are spun. Instead of the reels spinning, the symbols fall off, and the game calls the Avalanche.

The excellent graphics perfectly presented Gonzo’s journey to find the Incan treasure, and this plays a major role in the slot’s success. Meanwhile, although the Norse-themed Thunderstruck slot settles for a 2D display minus the fancy animations, it continues to be a delight to play. This game’s rather dated graphics still work and in fact gives players a break from the heavily animated slots of today.

Thunderstruck sticks to what was the norm in online slots back then, and this could be the reason behind the lack of a bonus game. Instead, it lets players get 15 free spins upon catching three Scatters. All winnings during the free spins are tripled, and they can be multiplied six times with the help of the Wilds. This and the chance to increase the win four times through gamble feature may look inferior to the in-game specials of the more modern Bitcoin slots. 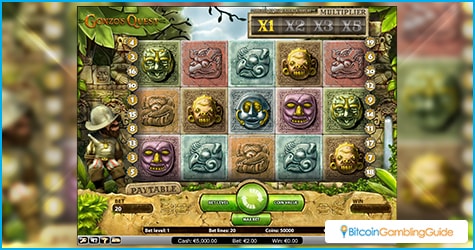 Gonzo’s Quest’s extra features are not far from the Microgaming title, but it promises much larger wins. The chance to multiply the win by up to 15 times in the fourth avalanche onward during the Free Fall mode is definitely more attractive. Pair this with the x5 multiplier in the Standard mode and the gameplay remains just as exciting and rewarding.

Both these online slots come with ways to make the game absolutely interesting to keep playing, but they clearly target specific markets. Online bettor who value graphics and high multipliers will go for the NetEnt slot, but those who are more focused on simplicity and high returns still opt for the Thunderstruck slot.

These two slot games, however, are excellent in their own right, and both Microgaming and NetEnt are winners for producing quality slots that top the favorite lists of players the world over.