Founded back in 90s, game developer iSoftBet has had a solid history behind it of creating great online games. However, it has only recently made inroads into the Bitcoin gambling market. This started when it made a deal with SoftSwiss to offer its game libraries to gambling sites that used SoftSwiss as their main platform. This is a good move since iSoftBet has over 400 games already in its large game library.

This means that some of the best Bitcoin casinos out there suddenly got an influx of iSoftBet games. This is a big boost for quite a few online casinos. Some examples of those who benefited include BitStarz, mBit Casino, and BetChain. All of these sites already had large game libraries, but they are now even larger. Even better is the integration of iSoftBet games into CoinGaming casinos like BitCasino.io.

iSoftBet has not stopped its development efforts. The company recently released several games for the Bitcoin market to enjoy. First is the Platoon Wild slot. Available in the Progressive jackpot or Non-progressive jackpot version, this game takes players to the classic Vietnam movie. This slot game has 20 pay lines that span across five reels and three rows. 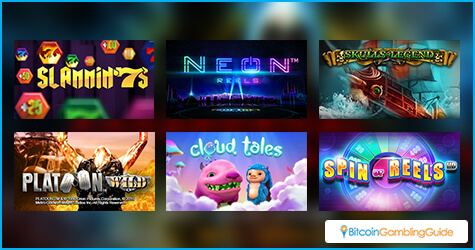 Slammin’7s slot, on the other hand, showcased iSoftBet’s expertise in game development. This slot is far from the ordinary online Bitcoin slot game. Though it keeps the five-reel, three-row structure, its gameplay has been tweaked to provide a new gaming experience to slot enthusiasts.

It has a total of 27 pay lines, but winning combinations are not the way to win. It just needs similar symbols on the first three rows to win as little as 10 coins. However, multiplier and addition symbols boost jackpots by quite a bit. The game is an impressive achievement graphically, too, with the game having a unique theme and design.

Developing games is not the only item on iSoftBet’s agenda. Another recent software provider deal has also further raised the brand’s presence. Pariplay, one of the top technology providers in the business, recently made an agreement with iSoftBet to share games between their platforms. 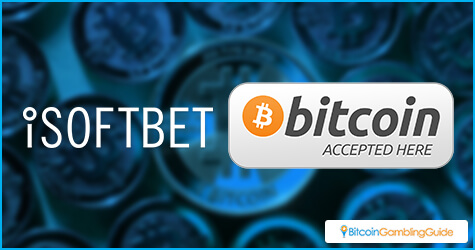 PariPlay’s FUSION network allows for easy integration of games into their partner gambling sites. iSoftBet has a similar program with its Game Aggregator platform. The deal allows the two companies to mutually share games on their networks, effectively adding each other’s game catalog to their software libraries.

With its new games and great partnerships, game developer iSoftBet is taking major steps into the Bitcoin gambling field. Bitcoin gamblers should try out some of their games to see what they have to offer.