Players can open the Koi Gate to a magical world of amazing features and payout opportunities as Habanero launches its latest Asian-themed slot game.

Koi Gate slot follows the other Asian-themed Habanero games that feature amazing artwork. The list includes Fa Cai Shen slot and Fire Rooster slot. Like the other Habanero games, it also offers a list of amazing base features that can lead to a great payout opportunity. Here are key factors that make Koi Gate slot a must-play.

With the exception of the dragon and koi symbols, all of the symbols in the game can stack up on the reels. There is a good chance that players can get the same symbols to appear on all three rows of a reel. 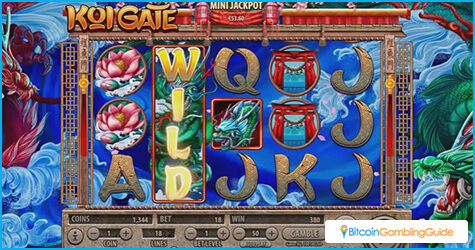 The main feature of the game is the Koi symbol itself.  If this symbol appears, it turns into a stacking wild dragon symbol that occupies the entire reel. The Koi symbol also activates the re-spin feature. The combination of the stacking symbols, play-both-ways, and expanding wild symbols can lead to a massive payout.

Koi Gate slot is homage to a Chinese legend about a lone koi that reaches the top of a waterfall through pure will and perseverance. In the legend, the gods turn the koi into a dragon because they were in awe of its capabilities. 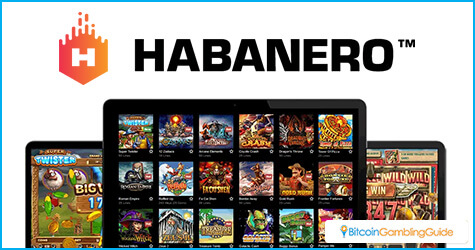 The artwork in Koi Gate brings the legend to life with its colorful art and lively animation. The aqua blue and solid red color combination are fitting for the game. The animation of the koi symbol that turns into a dragon is a visual representation of the koi’s attempt at scaling the waterfall. Everything in the game simply looks beautiful.

“This is our most visually stunning game to date. The design is simply outstanding. But much like the Koi fish, it is all about the flow which is why we have devised a simpler math formula than is the norm for our games.”

The music and the sound also compliment the game. Koi Gate’s background music is a traditional Chinese folk sound with a modern twist. The fanfare that plays when a player matches a set of symbols invokes the feeling of a street festival in China.

The game is in HTML5 format. This makes the game compatible with almost any mobile devices. Players can take Koi Gate a spin with a smartphone or tablet while on the go. At the same time, Koi Gate slot will become available in selected gambling sites that carry the Habanero Bitcoin slots. Bitcoin casinos running on SoftSwiss are guaranteed to feature Habanero slots, including the game developer’s latest creation.