The NBA Finals are still going strong. Last Sunday was the second game in the series and the Golden State Warriors showed the world why they are considered the best NBA team right now.

The Warriors trashed the Cleveland Cavaliers 110-77. That is a 33-point difference and an unprecedented show of dominance in the finals. To add salt to the wound, this was also the first time that LeBron James has lost seven straight times to the team.

With this win, the Warriors are 2-0 over the Cavaliers. With the Cavs’ performance in the last two games, a lot of people are thinking that the Warriors are going to do a full sweep. The Golden State should not be counting its chickens yet, though.

Can the Warriors stay on a winning streak?

Going 3-0 or all the way to 4-0 is certainly possible for the Warriors, but it is going to be an uphill battle. Many people think Stephen Curry and his team are still favored to win the Finals, but think they will not have it easy.

Sportsbooks are giving good odds right now for the Cavaliers to come back swinging in Game 3. SportsBet.io and VitalBet, two dependable online sportsbooks are offering pretty similar odds. The odds are 1.9 for the Cavs to win Game 3, while the Warriors are set at 1.8. 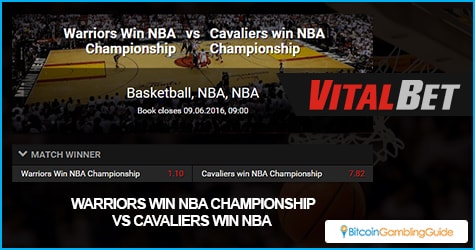 The odds mean that professional odds makers are thinking that the Cavs have a good chance of winning, but it will be pretty close. This is from a professional standpoint. Sports fans have their own opinion. One of the best ways to see how the fans think is to check a pari-mutuel betting site.

Pari-mutuel betting does not have set odds, but determines the payout by how many people are betting on one side. OneHash, a popular sports betting site that uses this method, has the Warriors as an overwhelming favorite at 1.3 odds for bets on it. The Cavs have 3.9 odds on them, quite a low chance for winning. Admittedly, fans can be passionate, but there are times when the crowd can see where the wind is blowing.

How the Cavs can snatch a win

The professional odds are more believable, though. There are several factors that can push the Cavs into victory. First, there is the fact that the next two games will be slated to happen at the Cavaliers’ home court. The home court advantage cannot be overemphasized. A friendly atmosphere and the familiar environment can be a boost to a team’s chances of winning a game.

Another factor, ironically, is Kevin Love’s injury. With the player following concussion protocol, he will be out for the next game. This means that the Cavs have a chance to tighten up their defensive strategy. 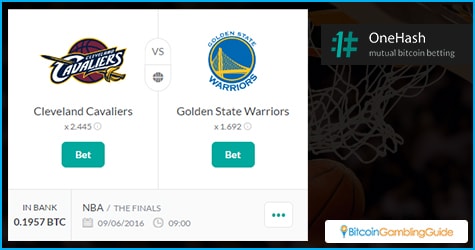 Playing defense can be confusing and getting the right combination is difficult, especially with aggressive players like Irving and James. With one less star player, there is a chance for a more defensive play to develop. Finally, Lebron James is still a factor. He may not have performed well for the past two games, but he has a chance this third game to show his chops.

The NBA Finals are heading into crunch time and everyone will be watching how they turn out. Sports bettors should also get the bets rolling for the pre-match and the live betting as the NBA Finals Game 3 sees action on Wednesday.