Attacks on Bitcoin exchanges have recently increased in activity alongside the rise and fall of the Bitcoin value. In spite of the continual efforts and developments to strengthen the security of these exchanges, Bitcoin criminals seem to always find a way.

Due to the regression in Bitcoin security, these attacks may be the most detrimental factor that keeps Bitcoin’s imminent success at bay.

However, these incidents have triggered the brilliant minds of the Bitcoin community.

With the persistent demand for a more efficient Bitcoin storage, cryptocurrency experts and developers have conceptualized a revolutionary vision that may change Bitcoin security for the better.

Sci-fi inspired biowallet to amplify Bitcoin security to the max

Based on an interesting topic that was raised on the online forum site Reddit, the idea of creating the so-called Bitcoin biowallets have thrilled the consciousness of users. 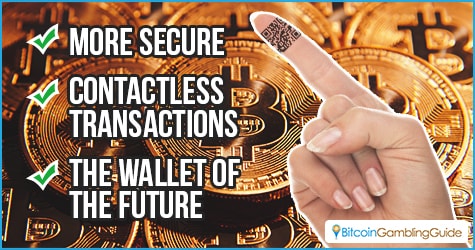 Compared to the common online and offline wallets the market has today, this sci-fi inspired cryptocurrency storage keeps Bitcoin literally within its users.

Initially, the Reddit thread discussed about the idea of using human DNA for generating unique codes of the Bitcoin wallet. However, the idea is still ambiguous due to uncertain factors concerning the use of the blood, DNA, and blockchain technology.

Subsequently, users then formulate an alternative concept of creating a Bitcoin biowallet by implanting a customized Bitcoin wallet or chip into the users’ body, making them ‘human Bitcoin storages.’

One of the prime advantages of the implanted Bitcoin biowallet is that it will eventually allow the users to conduct contactless Bitcoin transactions anywhere.

As for its security strength, these biowallets may be the most efficient storage that can secure Bitcoin funds without any failure.

After all, these wallets are now residing within the users, and the only way to hack into these wallets is to extract them from its handlers, which is of course, a rigorous job for criminals.

Although the concept of producing implanted biowallets is still intangible, this idea may possibly thrill the consciousness of reliable departments of the Bitcoin ecosystem.

If these wallets are bound to be created in the future, the face of cryptocurrency security will certainly turn into a new leaf. 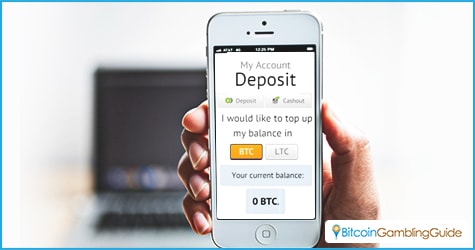 Considering that these biowallets are to hit reality, the Bitcoin gambling industry is one of the cryptocurrency departments to benefit from this innovation.

Of course, Biowallets for Bitcoin gambling will certainly intensify the funds of Bitcoin gamblers. Through these wallets, users are now able to effectively store huge amount of winnings from Bitcoin slots or any other gambling game with ease.

This also saves them from the hassle of managing funds since bettors do not need to allocate small funds for their online wallets and transfer large amounts on their hardware wallets.

In addition, through biowallets, it is possible for the Bitcoin gambling industry to expand its influence from the Bitcoin casino and even up to land-based casinos because of the fact gamblers are now able to do contactless deposit and withdrawal transactions.

Considering these factors, both the Bitcoin gambling department and the whole ecosystem may be able to finally reach the mainstream market with these Bitcoin biostorages.