The Bitcoin gambling industry has come a long way since it was first conceptualized. Though still considered a niche market, it has already earned its rightful spot in the iGaming industry, and has caught the attention of online gamblers and operators across the globe.

It even opened avenues for other cryptocurrencies to venture into online gambling, giving the stage to a few standouts like Litecoin and Dogecoin. Most importantly, Bitcoin enthusiasts and analysts agree that this market has significantly contributed to the promotion of the digital currency not just in the world of entertainment, but also in mainstream society.

But how does this thriving industry fare today amid certain aspects of the market and the Bitcoin ecosystem per se heading for the exit?

Hounded by controversies, the Bitcoin Foundation alone has already seen frequent resignations, including that of Jon Matonis and the controversial Mt. Gox CEO John Karpeles.

Contrary to the belief that this would indirectly affect Bitcoin gambling—due to the negative perceptions of Bitcoin that would take a toll on its market price—the interest in online gambling using digital currencies continued to progress, even presenting players with opportunities to make the most of the lower Bitcoin values.

The same can be expected with the indefinite absence of Dogecoin founder Jackson Palmer from the community.

Citing the ‘toxic’ and ‘stagnant’ state of cryptocurrency today, he announced on his Twitter account his planned extended leave of absence. Words of his return seem unlikely, though, especially when he views this niche as one that attracts scams.

Despite his exit and unfavorable view of the cryptocurrency ecosystem, Dogecoin gambling continues to become an alternative for crypto bettors. In truth, more Bitcoin casinos like PokerShibes and Crypto-Games.net are integrating Dogecoin into their system, giving players more ways to gamble online. 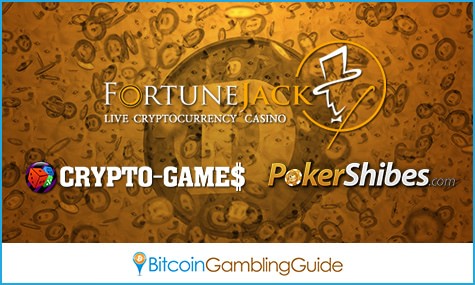 Meanwhile, the question of how the Bitcoin gambling industry will fare in the face of various Bitcoin regulations of different countries still brings uncertainty to the table.

Also, New York’s BitLicense is believed to be finalized by the end of next month. While the effects on the Bitcoin ecosystem are yet to be determined, betting enthusiasts are still on the lookout to monitor how this proposed regulation will impact the gambling industry.

With the Bitcoin market experiencing constant changes as it goes into the mainstream, it is no surprise that the demands and trends in the Bitcoin gambling industry do so too. This, therefore, also influences the priorities of the casino operators, be it in a good or bad way.

Unfortunately for Fun Casino, the effect is somewhat the latter since online announcements say that the Bitcoin casino is being sold.

According to the promotional manager at CCEDK:

“We are ready to wait for the right buyer, we are on the other also able to finalize any deal suitable and satisfactory to both parties in a very quick and professional manner.”

Some may think that the mere fact that the Bitcoin casino is being sold already hints problems, which will only lead to a probable shut down. However, the management clarified that the ‘restructuring of business opportunities‘ is the main reason behind the sudden sale. 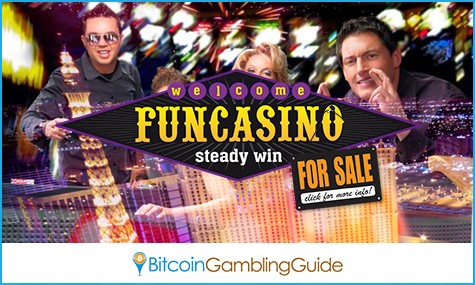 Fun Casino is not the first Bitcoin gambling site to have been sold. In 2013, the popular Bitcoin dice site SatoshiDice was sold for $11.5 million or more than 126,000 BTC, and it is still fully operational today. It even introduced a dice game to meet the current market trends—a true example of the powers Bitcoin gambling has under its sleeves.