NetEnt has come a long way from its market debut in 1996. Originally based out of Sweden, it has transferred the bulk of its assets to Malta to be closer to one of the centers of online gambling. With its nearly two decades of operation in the business, the company has accumulated the experience and manpower to become a significant presence in it. The truth is, right now, a large share of the online casinos in the world have NetEnt games.

The success of NetEnt can be traced to its corporate culture of focusing on constant improvement and equal opportunity. Their offices are composed of equal number of male and female employees reflecting this philosophy. It is hard to argue against the results. In the last quarter of 2015 alone, the company’s total revenue increased by around 34 percent and the operating profit went up by an eye-raising 51.6 percent. At the same time, the company managed to sign up over 14 new partners.

NetEnt, however, is not resting on its laurels. In the world of online gambling, the surest way to keep ahead of the competition is to keep releasing some of the best games on the market.  This is what NetEnt has been doing constantly. The company recently released two hit games: the Guns N Roses slot that brought the legendary rock band to life and the Jimi Hendrix slot that pays tribute to one of the greatest guitarists of all time. 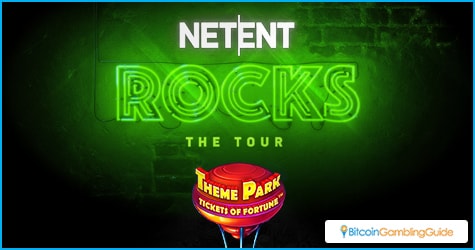 The latest offering is a bit different from these musical offerings. Theme Park: Tickets of Fortune is set to be released on June 22. This five-reel and three-row slot game will have around 50 pay lines and is based around going to a theme park.

The symbols represent carnival rides like bumper cars and carousel horses. The elements that make the game different are bonuses that let players scoop up random prizes and the need for tickets to activate special bonus games. As people play, ticket symbols show up and are collected. When the bonus round is activated, players can choose which bonus game to play, but are limited to games that they have enough tickets for. The more tickets are needed, the more valuable the prizes are in the bonus game.

With all of the NetEnt success, it is inevitable that people will try to get a piece of the action. They even do it illegally. Recently, there have been reports of some online casinos stealing NetEnt content. This was confirmed when a group of casinos associated with Affpower, Conan Gaming Limited and Game Tech Group N.V. were blacklisted for presenting some of their content as coming from NetEnt when they proved to be unlicensed acquisition of the games. 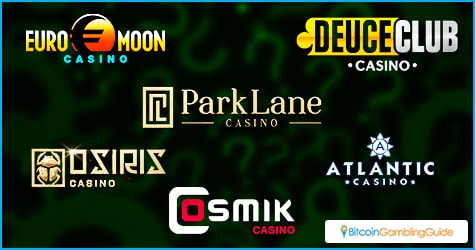 Though troubling, this is encouraging in a way. If the NetEnt brand alone was enough to risk faking, it means that the brand is worth the risk. Fortunately for NetEnt, this was caught early. The company should be more vigilant in the future to take care of its brand.

This also exposed the demand for the NetEnt slots, specifically those that continue to innovate and entertain players, regardless if playing with real money or Bitcoin. These NetEnt games have also become prevalent in Bitcoin gambling as more casinos carry this game provider. Players can check out some of the SoftSwiss-powered casinos like mBit Casino and BetChain Casino, along with other brands, including BitCasino.io.