When people talk about cryptocurrencies, the usual object of their conversation is Bitcoin. Although Bitcoin’s large influence in the realm of digital currency has made it a sort of mascot, especially with this success in the Bitcoin gambling industry, this should not mean that people should ignore all of the other cryptocurrencies that have popped up in the meantime.

When Satoshi Nakamoto released his Bitcoin protocol into the wild, this allowed others to emulate his example. In 2011, the first Bitcoin alternatives started appearing, with Namecoin and Litecoin leading the charge. Since then these ‘altcoins’ have flourished.

A good sign of their spread is that by August 2015, there were over 669 cryptocurrencies being traded on online markets. Only eight of them had an accumulated value of over $10 million, but the large amount of altcoins available is staggering.

The main problem with having so many alternative cryptocurrencies floating around is how people get to use them. Bitcoin’s predominance in the field has made it easy to trade with it, but altcoin market penetration is not equal to it.

Most holders of altcoin have to convert their currency into Bitcoin first before they actually can get to use it. Fortunately, two recent deals are good signs that the much-needed altcoin market growth will finally materialize. 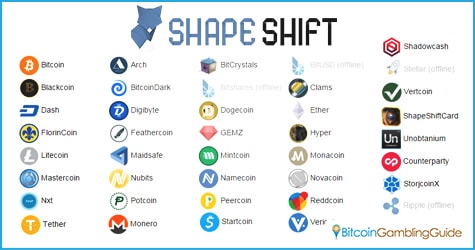 First, there is the deal between ShapeShift.io and BitGo for the former to integrate their services into the latter. ShapeShift.io is a quick exchange service that allows for instant conversion from one cryptocurrency to another in just seconds.

There is no need to make accounts or to assign for contracts like in other exchanges. All someone has to do to exchange currencies is to select their base currency and the currency they want, as well as their wallet address.

On the other hand, BitGo is a popular Bitcoin wallet service. Integrating ShapeShift into the wallet service lets Bitcoin users convert their bitcoins into any other altcoin they want. This can only mean increased exposure for altcoins.

Another recent deal goes hand-hand with this link up of ShapeShift and BitGo is the recent deal between Lamassu, a Bitcoin ATM service, and Dash, a popular altcoin focused on user privacy. The main point of the deal is to have Dash be offered alongside Bitcoin in Lamassu’s ATM machines. This is huge since the company owns over 40 percent of the current market of Bitcoin ATMs.

The main effect this will have is that Dash will be able to match Bitcoin in accessibility. Considering that Bitcoin is the top dog in terms of accessibility, this can create a greater appreciation for Dash in the market.

Not everyone is pleased, though. Many critics say that adding altcoins to the mix only dilutes the market for cryptocurrencies. They also say that this adds needless complication for users

Criticisms aside, these two deals mark a milestone for altcoins in their increasing pursuit of a greater market share. 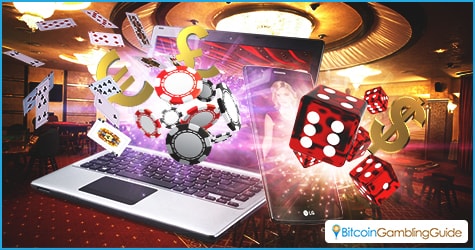 While some Bitcoin users may find the inclusion of other cryptocurrencies a step backward from pushing Bitcoin into the mainstream, the iGaming sector is supportive of the altcoins. The abundance of online casinos that support payments in altcoins is a proof of the positive reception of the Bitcoin alternatives in online gaming.

In fact, certain casinos like Fun-Casino accept a variety of altcoins for its online casino games.  Meanwhile, FortuneJack, which supports a total of 10 cryptocurrencies, enables altcoin bettors to play all kinds of casino games, including dice, slots, and poker.

More betting platforms can have altcoins on board through the services delivered by the likes of ShapeShift. It can therefore be surmised that ShapeShift promotes altcoin gambling—or at least it becomes instrumental in the spread of altcoin usage with online betting included.