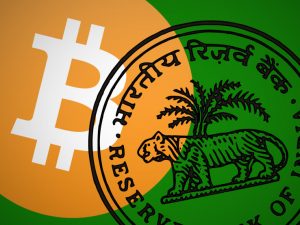 The power that the global media has on the domain of finance and economics is well known ever since the great stock market crashes took place in the interwar period of the 20th century. Today, as this relationship became even more intertwined, the influence that the media can exert is often frighteningly big. Recently, that notion was once again reiterated as the local Indian media and then the global networks began spreading the news that the Indian government decided to declare any digital currency illegal in the country.

This decision was believed to include the most popular networks like bitcoin and ethereum, but also any other form of alt-coin or blockchain-based financial concept. Naturally, being that India is one of the key hubs of blockchain application and development outside of Europe and North America, any perceived the news as a great calamity. As it happens often in the financial domain, panic ensued and the prices of all digital currencies began reacting to this.

Fortunately, before any major damage, the news was proven to be incorrect. Now, as the dust settled on the imaginary Indian ban on all digital currencies, there is enough time and space to analyze what actually happened and what could be in the works of this country and the domain of digital currency.

The Economic Times of India News

It is not completely clear where exactly did the story originate, but the Economic Times of India, one of the most prominent newspapers in the country, definitely allowed it to get international coverage. In their piece, the newspaper cited a statement by Arjun Ram Meghwal, the acting Minister of State for Finance, which declared digital currency illegal.

Not only this, but the same statement showcased that those who use it are potential violators of AML (anti-money laundering) mechanisms set in Indian financial laws. Formed like this, the statement could mean that, for example, those trading digital currencies in the form of exchanges could be fined and prosecuted for their activities. The same would apply not just to the companies, but also the individuals who own and use digital currency for anything from visiting online BTC casinos to pretty much any other digital activity utilizing cryptocurrency.

But, the news soon turned out to be only a retelling of a statement made by the Reserve Bank of India, but not recently. In fact, it was made more than four years ago. In 2013, the bank produced a general warning when it comes to the concept of digital currency. In this regard, the officials warned the citizens and companies about the large price volatility and also latent risks of theft.

While these ideas are still valid to this day, even more so in many cryptocurrencies that are just getting off the ground, the statement is by no means any outlawing of digital currencies. The same would be a really self-harming move for Indian officials, especially when the advancement made in recent years are taken into consideration.

IT Development and Advancements

The Indian subcontinent and all the states in the same area have made incredible advancements in the previous two decades. In the late 1990’s, the only major branch of the IT sector behind developed in India was the ecosystem of customer support companies which were frequently set up in the same region thanks to the cost of labor and relatively widespread use of the English language.

But then, in the early 2000’s, with the process of computer hardware development slowly migrating to China and Taiwan, the general price of computers and hardware became a lot lower than it was just a few years earlier. With this silent revolution, the nation of India began to see its first generations of domestic IT experts come to the scene. A few years later, with the breakthrough of the broadband internet, the Indian access to the global market began.

Thanks to all of these advancements, India today is also a place where bitcoin and blockchain development startups are numerous and going strong. The same is true for many other digital ventures, including things like eSports which were mostly seen like a prerogative of West and the Far East.

With that in mind, any law to ban digital currency and penalize its users would be catastrophic for this IT branch. There is no doubt that many working in the same area felt relieved when they realized that the news is not valid. Still, there are reasons why most of them should be worried when it comes to the future actions of the Indian state.

Today, it is clear that the statement which was further aggregated by local Indian media was actually a piece of misconstrued news. But, what really gave the story momentum is the general state of financial policy in India. It was not long ago when the top of the Indian government decided to, practically overnight, pull some fiat currency bills from circulation for good.

This came as a huge shock for the entire country because it was totally unannounced. The move was designed this way on purpose as a mechanism of trying to fight “black money” or funds generated through the gray domains of the domestic economy. As a developing nation with an exceptional potential, India is severely impacted by a classic syndrome of a minority generating a huge amount of money on the backs of the poor minority.

The money generated through these ventures usually circumvents the tax system and ends up directly in the pockets of those who run them. But, while the government tries to fight this phenomenon, there is also a distinctive dose of populism in the move.

That is many in the Indian bitcoin community in particular remain worried. On one hand, business seems very promising because BTC is continuing to hover around the $1k mark, showing a great deal of resilience. On the other, the government is still hostile to digital currencies at least on a behind-the-scenes level. In that environment, it is not hard to imagine someone coming to the idea of equating digital currencies with black money.

To make sure this does not happen easily, the local development community must work diligently on making their case known to the wider public. With their support, the developers can assure themselves that no overnight decision could kill-off their industry.