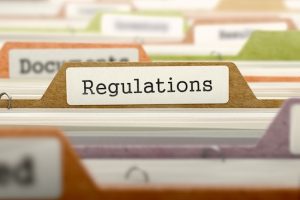 Over the previous weekend and the time period around it, the price of the bitcoin on the global market crashed from the top level of $2700 to below $2000, erasing a huge fortune in the process. No one is certain why this drop exactly occurred, but there is a range of theories. Some believe that this took place because the traders starting pulling out their profit margins and thus lead to a start of a contagious sell mentality.

A competing theory stipulates that this occurred because of the natural resistance point which was then amplified through the use of social media and other fast-acting communication systems to induce a panicked mental state in traders which simply screamed: sell, sell, and sell. But, regardless of the cause, the result is similar – an astronomical drop in the price of BTC that would be a groundbreaking event for any fiat currency.

Yet, for this digital currency, but others as well to a degree, the same amounted to a slight change in its trajectory. As of now, it is already breaking towards the $2400 and there are no signs indicating any major volatility and instability. After all, in its history, bitcoin went through many different crises and the cryptocurrency which is today employed for anything ranging from BTC poker to examples how central national banks can create their own digital currency.

But, in spite of this, some are once again trying to figure out when and how should the bitcoin digital currency be regulated. The part of the same dilemma is the issue on what level should the regulation be set, meaning what should fall under its jurisdiction.

AIER, also known by its full name of The American Institute for Economic Research is the organization which senior member Max Gulker created an interesting piece on the issue of regulation. In his view, the current time is not the moment to get into the process of regulation, mainly because any large-scale and over-regulated mechanism would stifle growth.

Bitcoin, but also Litecoin, Ether, NEM, Ethereum Classic and Ripple are all in their early stages of development. Recently, Litecoin applied Segregated Witness or SegWit to its network, but the issue of scaling remains unresolved in BTC.

Because of them, the network transfer fees have gone up while the waiting time became prolonged. Both were designed to stay as low as possible, being that they are a factor that distinguishes the cryptocurrency from other traditional fiat ones.

Other cryptocurrencies like Ether are also dealing with their own specific issues and other problems related to the infrastructure of the network. For all of them, especially now, after the spectacular rise of market caps of all cryptocurrencies, the struggle to keep up with their scaling solutions and keep the service for their new users up and running is ongoing.

On top of all of that, Ripple and Ethereum, but also other networks, are trying to utilize their systems and not just as financial networks for transmitting monetary value. Instead, they are getting into partnerships with large companies with the purpose of creating smart contracts that will settle transactions inside of an organization and do it fast, secure and in an autonomous manner.

The Dangers of Government Stepping In

At this point in the overall development of the structures that could be one day crucial for the functioning of huge systems, covering both multinational corporations and national governments, regulation could be a dangerous addition to the mix. Naturally, some regulatory mechanisms are already in place, which is why Japan, for example, legalized bitcoin. This almost immediately led to a big jump in demand for the cryptocurrency, but also other ones like NEM and Ripple.

However, other regulatory moves, like the BitLicense provided by the state of New York could do damage both in a technical and financial sense. This example is a perfect showcase – BitLicense demands that startups pay a hefty sum just to get the license and then keep exceedingly detailed records of all of their users. This produces an ecosystem that is a burdened environment for both small ventures in the startup domain and big, large-scale projects.

Because of this, even those startups that have a huge base of users and millions in VC funding like ShapeShift decided to stop providing their services in the same area. For the same reason, Gulker tried to reiterate the idea that the digital currencies are still in their very early phases of development. While the recent media attention and the older notoriety of bitcoin might make people this phenomenon is old news, the fact remains that in terms of IT development, this tech is very recent.

Instead of rushing into the field and making a mess, Gulker concluded that the governments around the world should take a cautious wait-and-see approach to cryptocurrencies. With it, they can have the bare minimal regulations that will protect the citizens but stop stifling growth in the industry.

Once the tech evolution hits the next gear and becomes viable for a widespread adoption, the regulation should slowly become elevated and more comprehensive. This applies especially to the cryptocurrency markets and how they operate, being that here, not in rare criminal enterprises, lays the biggest chance of producing a serious calamity for the general public.

He also reminded the public that the benevolent power of any such regulation could easily be corrupted by lobbying businesses that are seeking the inside track. Those who manage to find it will attain much financial success, but at the expense of the developing industry, which currently should be everyone’s priority, at least according to Gulker.

Of course, there is a strong line of wishful thinking, mainly because wait-and-see is not something that comes naturally to any government nor is it the thing that the public expect. Even things like the recent Wanna Cry Ransomware show that at the times of crisis, the wide majority of people look for something tangible to blame and then punish. It is not hard to see how a similar event would be able to bring about new and more solid calls for strong regulation, no matter how damaging it might be to the blockchain industry.