The recent ruling of Bitcoin as money by a US judge is raising a lot of questions in the financial sector. While Bitcoin may be used to transfer value around the world, it does not meet all of the “criteria” to be labeled as money. The bigger question is what this decision may mean for the gambling industry, as companies could become subject to additional licensing requirements.

No clear definition of Bitcoin is good and bad

One of the primary reasons why casinos and betting platforms flock to Bitcoin is because of its “gray area” status. To be more precise, accepting Bitcoin does not require specific licenses or any other action on behalf of the casino operator. All they need to do is set up a Bitcoin wallet, and build a system to accept and verify deposits and withdrawals.

Despite Bitcoin being around for more than seven years now, cryptocurrency has no official definition in terms of finance. Many people see Bitcoin as an investment vehicle, even though it can be used to buy or sell goods and products, both online and in the physical realm. In a way, this made cryptocurrency money well before the recent US judge ruling. 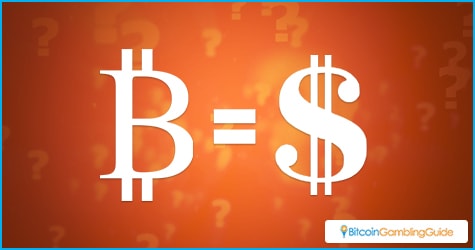 However, things are never as black-and-white as some people may think. It is impossible to label Bitcoin as money in the traditional sense, since it is not fungible. To be more precise, no one is accepting Bitcoin payments for item values priced in Bitcoin. Every merchant—and casino—will convert the incoming and outgoing transactions denominated in their current fiat currency value, but use Bitcoin to complete the transaction. No one will sell you an apple based on its current Bitcoin value, but they will accept the Bitcoin equivalent of its fiat currency value.

Unless Bitcoin becomes more widely adopted, that situation will not come to change anytime soon. It will take many more years for consumers and enterprises to fully embrace Bitcoin. Even when they do, it will take even more time until they start pricing goods and services in Bitcoin directly. For example, casino earnings can only be withdrawn once the balance reaches 0.05 BTC, regardless of what its fiat currency value may be at any given time.

Bitcoin does not fit traditional categories

One thing to keep in mind is how Bitcoin does not fit any of the mainstream descriptions of money or value. By definition, it cannot be labeled as money under the traditional description either, since Bitcoin is very different from any other form of money our society has ever used. For most people, being able to transfer value, and use it as a way to buy or fund service and products, are more than reason enough to call it money.

Since Bitcoin does not “pay” by traditional rules, regulators and policymakers are puzzled as to how they should proceed. If Bitcoin were to be acknowledged as money—by a government rather than a judge, mind you—there will be a need to regulate this decentralized currency. While regulation may give cryptocurrency a more legitimate appeal, it could have significant consequences for gambling platform operators. 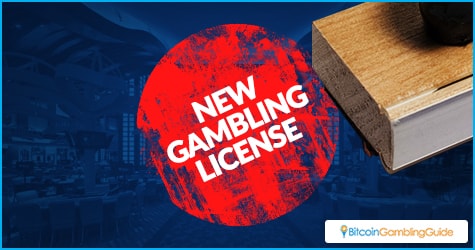 If Bitcoin is money, new licensing requirements will be created

For casino operators, keeping an eye on the current legal status of Bitcoin in every country is an absolute must. Any country that officially recognizes Bitcoin as a currency—or money—may impose additional licensing requirements for companies dealing with cryptocurrency. This will include gambling platforms, as they store funds on behalf of users, making them a money transmitter.

The recent US judge ruling on Bitcoin is no reason to panic just yet. It is expected the decision will be appealed, and that process could take anywhere from weeks to several months. Moreover, one judge ruling Bitcoin is money does not make it so in the eyes of the law and government. Until an official statement is issued on Bitcoin in every country, gambling platform operators have nothing to worry about. But it would not hurt to be prepared for the future, just in case something would change in the coming months and years.