Multi-currency casino LimoPlay successfully established itself as one of the most groundbreaking and revolutionary gambling platforms today, and it is set to make another record by becoming one of the first Bitcoin casinos to offer the highly anticipated slot from NetEnt, the Guns N Roses slot.

Announced in February last year during the ICE Conference in London, the Guns N Roses slot will become available to Bitcoin gamblers through the efforts of LimoPlay.

The NetEnt slot game will be released on Jan. 21 and will become available to the avid slot players in select online real-money and Bitcoin casinos. 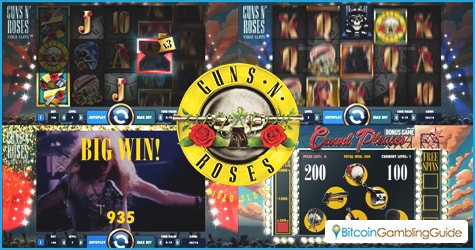 Legendary rock band Guns N’ Roses revolutionized the music industry with powerful lyricism, intense stage performances, and unwavering influence that are reckoned to remain unparalleled up to this point in time.

Culminating the band’s 31st anniversary this year, world-renowned Swedish game provider NetEnt is paying tribute to these music icons by developing a one-of-a-kind online slot designed to have the same groundbreaking impact on the iGaming industry.

The NetEnt CEO emphasized that his team of developers has poured the same dedication, passion, and effort in the creation of the Guns N Roses slot.

He also stated that the release of this game will ultimately mark the start of the NetEnt revolution in the online gambling industry.

Also making a buzz is LimoPlay as it becomes a key Bitcoin casino that will feature the much-awaited Guns N Roses Bitcoin slot, which is pegged to be the online slot of 2016. Running on the SoftSwiss platform, LimoPlay is home to a variety of online slots and other casino games that welcome both Bitcoin and real-money players. 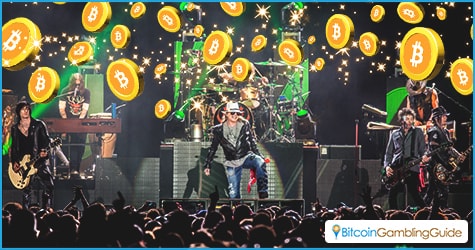 This game has the standard structure of five reels and 20 pay lines and features common slot symbols of numbers and letters. Heavily influenced by Guns N’ Roses, players are bound to encounter familiar images from the band like the charismatic vocalist Axl Rose, the unbelievable lead guitarist Slash, and other members and insignias that are highly exclusive to Guns N’ Roses.

Moving to the premium features, bettors can expect to encounter a handful of special symbols that significantly boost winning opportunities.

While enjoying every spin of NetEnt’s Guns N Roses slot on LimoPlay, players are assured of quality music from the legends themselves as a playlist of the hits of Guns N Roses play in the background all throughout the game.