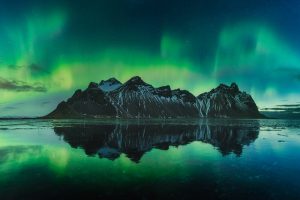 Even though bitcoin has had an incredible year when it comes to grabbing the headlines, a part of its ecosystem remains on the fringes of the popular consciousness. As the record breaking continues or is slowed down by resistance points but still on the upward momentum, users and the wider public continues to be less than mindful of the process that allows all of this to happen – cryptocurrency mining.

Today, just like in the very moment when bitcoin P2P network was put online, mining bitcoin is the key reason why it can continue to function. At one point, before the mining difficulty got where it is today, mining was one of the key reasons why anyone even became interested in cryptocurrency.

Now, with millions of new bitcoin investors, the primary face of BTC is trading and its price. However, the mines are still the same thing which fuels the entire network. In spite of this obvious truth, many are unclear what possibilities for business does mining have in the present time. To make the same conundrum less entangled, here are some of the essential facts about new and upcoming bitcoin mining ventures.

A New European Mine

GMO Internet, a Japanese company recently announced that it launching a new cryptocurrency mining venture. The same company was established in Japan in the early 1990s and entered the cryptocurrency domain back in May of this year. The late arrival into the domain of digital currency was most likely spurred on by the Japan’s decision to recognize BTC as means of payment in the country.

Now, the same company, which offers a range of digital services like web hosting, decided to expand its portfolio with a mining operation. The mining rids are expected to become operational in the first half of 2018. Interestingly, the company has not yet specified in which country in Europe will the mine be located, but it did say it would run on hydroelectric and geothermal renewable energy sources. The company also said that the facility will be located in “Northern Europe”.

This means that the places like Iceland and Sweden appear to be the most likely choices, especially because they were already a popular location for mining. The same advantage comes from a combination of naturally cold weather because of the Arctic Circle and a range of power sources. In this regard, geothermal sources are an advantage that is not shared by many other European nations on this scale.

GMO stated that their new mining facility will generate 500 petahashes per second (PH/s). Right now, the BTC network hash rate is around 5.6 exahashes per second (EH/s). Aside from the impressive specs of the facility, there is also the fact that GMO is a well-known company that is a publicly listed.

It has also revealed that is has plans to research and develop specialized semiconductor chips for mining purpose, which would employ the 7nm process technology. GMO has a partner in this venture, but so far it has not been revealed by name. The company plans to develop could mining service and offer them to the public, allowing their users to allocate cloud hashing power to earn digital currency.

In the case of their new mine, GMO wants to use it to provide support for the cryptocurrency exchange it operates. This would work by allocating the mined coins to the exchange where they would provide it with liquidity.

Finally, in the impressive array of cryptocurrency projects, GMO has also recently set up a royalty project that is based on the blockchain. With this full-stack approach to the digital currency arena shows that the company plans to invest in these ventures over the coming years.

Stepping into the mining operation as a BTC investment probably seems like a foolish venture for most investors and companies. The difficulty for mining new coins is constantly going up while the mining rigs have yet to follow suit with their own advancements. However, GMO shows this does not have to be the case.

Instead, a careful assessment of the physical, financial and tech environment is needed to provide any would-be mine operator with the most effective solution. GMO’s new mine covers all of its bases in a very streamlined manner. It takes into consideration the weather circumstances, where naturally cold air can be used for cooling the mining rigs which tend to overheat regularly. Then, it also considers the particular country’s access to energy, where the northern nations of Europe have plenty of renewable resources.

Finally, the company also seriously examined the issue of using the mined coins and what to do with them. Here, their previous venture of a digital currency exchange will blend in perfectly with the mine, providing it with direct support in terms of acquiring the same coins. The same coins will be placed in circulation where coin-holders can use them to gamble online, purchase goods and services or simply invest in them.

With this, GMO showed that the actual location in terms of local economics does not play a crucial role. Both Sweden and Iceland are not the top picks for manufacturing and many other industries because of labor and real estate costs.

But, a digital currency mine does not suffer from any of these setbacks. The workforce needed for it is minimal while the real estate where it lies is probably going away from populated areas. This means that its costs will not be nearly as high as those commercial locations closer to bigger population centers. This way, by gunning for the most important aspects of mining, GMO has managed to set up a very promising business plan.

As it was stated related to the issue of whether or not bitcoin and other digital currencies are a bubble, their hashing centers represent their underlying physical value. This is why setting up of new mines is good news for anyone in the business of cryptocurrency development, application and trading.

By following a process of boosting effectiveness in every corner of the process, new mines could and should be set up. With the support of the rest of the development community, would-be miners could enforce the digital currency networks while at the same time they generate a hefty profit for themselves.