The CS:GO eSports tournaments in 2017 will give competitive Counter-Strike fans something to look forward to this year. Anyone who wants to get more out of the matches can even explore Bitcoin eSports and place bets on his favorite teams at a good Bitcoin sport betting site. Nitrogen Sports and SportsBet.io are excellent sites that provide odds for these popular tournaments.

Taking place on Jan. 22 to 29 is the anticipated ELEAGUE Major Championship match. The tournament will feature eight legendary teams, which were the top placers from the previous tournament, battling against eight upcoming challenger teams.

Meanwhile, the challenger teams who will be facing the legendries include FaZe Clan, GODSENT, Mousesports, and North. The other four teams hoping to be this year’s victor are OpTic Gaming, Team EnVyUs, G2 Esports, and HellRaisers.

DreamHack is one of the biggest digital festivals that came from Sweden and will rock this year from June 17 to 20.  It also gave rise to many popular eSports tournament for various games. Its two biggest events for CS:GO are the summer and winter ones. Both are in Dreamhack’s country of origin: Sweden.

The list of teams for Dreamhack Summer 2017 tournament is still coming. Many hope to see the same magic as the previous Dreamhack event. Dreamhack Summer 2016 saw a David and Goliath scenario where the crowd favorite Ninjas in Pyjamas fell before the Immortals, a pro team that also competes in League of Legends tourneys.

The Ninjas were coming on strong after a close match against the strong Astralis team. The Immortals, on the other hand, barely got the win against GODSENT. The odds were against the Immortals in the finals. This is why their victory over the Ninjas took everyone by surprise. The Ninjas, however, won DreamHack Masters 2016. The same thing could happen this coming June.

The largest CS:GO tournament in Cologne on July 7 to 9 should be in every eSports fan’s calendar.  ESL One Cologne 2017 will feature more than 40 of the best CS:GO players. All eSports teams compete in one massive stadium. 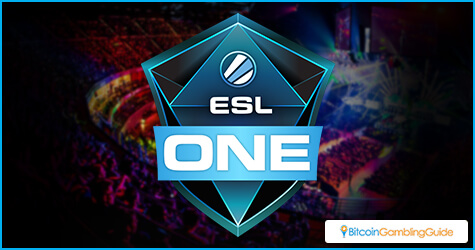 This year’s ESL One Cologne will have eight legendary teams match up against eight challengers. Chances are very high that SK Gaming, Astralis, Team Liquid, and Ninja in Pyjamas will be coming back for this year’s tournament.

Last year also saw an incredibly high prize pool of one million dollars. The first place winner, SK Gaming, took home a whopping $500,000 cash prize. The runner up, Team Liquid, took home $150,000. Many speculate if the prize pool will be as large as last year’s. There is also a chance the stakes will be more than a million for the upcoming ESL One Cologne this year.