Bitcoin is starting to pick up its pace once again after clinging onto the $300 mark today. The currency has seen its low points just a few weeks back after plunging to the $200 to $250 range.

Based on reports, the majority of trading that occurred during the past hours took place on Chinese Bitcoin exchange OKCoin, grabbing hold of a 45.18-percent share of the total trading transactions.

The bullish propulsion of Bitcoin reflects the performance of cryptocurrency today. The cause of the rise of Bitcoin price, however, is not entirely reliant on the activities that transpired on the Chinese Bitcoin exchange. Others even suggest that the European VAT ruling that was imposed recently could have been a major cause.

But one question remains unanswered: what are the different factors responsible for the price fluctuations of Bitcoin?

Similar to other currencies and commodities, there are a number of influences that are in control of Bitcoin’s dynamics in terms of its price.

Regulation is one issue that has been sniffing around the technology ever since its existence. Of course, this is something unavoidable for the currency since its decentralized system is a ‘hot asset’ for these governing bodies. 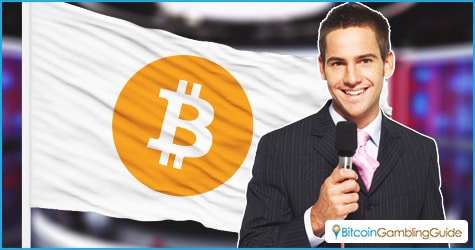 In return, this results in an inconsistency in the system. Individuals who push for Bitcoin regulation tend to purchase more, hence driving the value upward. On the other hand, users who are afraid that these regulations might take over sell their bitcoins at lower prices, which affects its value over time.

Furthermore, the news this creates plays a role in the Bitcoin price movement. With a great number of the world’s population staying tune for the latest news, the tendency is to go along with the trends. For example, if more reputable names partner with the cryptocurrency, the masses’ perception of it will be greatly affected in a positive way.

Giving it value through perception is one of the first factors affecting the Bitcoin price. It is easier for someone to get involved in new innovations, knowing that larger enterprises or names patronize the technology.

Without the presence of consumers, no currency will operate. This goes for all existing currencies and commodities. The effect of users may not directly influence the price, but it does aid the spread of the technology, providing it with a sturdier foundation.

When people pay for services or goods using Bitcoin via eCommerce platforms, it convinces other individuals of cryptocurrency’s possible applications. It also exhibits that cryptocurrency has purchasing power that resembles any other fiat payments. 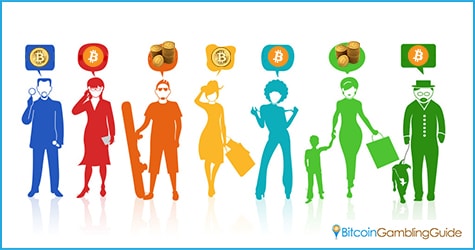 Exchanging bitcoins for cash, which involves buying and selling of the cryptocurrency, play a huge role in the price movements of Bitcoin. This works similar to common forex trading systems in the financial market.

Trading large amounts of the digital currency in a Bitcoin exchange is a major factor that prompts the fluctuations of its prices. When traders are willing to sell virtual currency at a low amount, the prices of other merchants will tend to follow the drift. If buyers, however, are willing to buy at a higher price, then other sellers will try to match it.

In contrast, consumers and investors are not the only factors in this picture; Bitcoin casino players and gambling enthusiasts are too. The virtual currency casino market is one of the fastest growing sectors of the industry. Little do bettors know that they contribute to these price movements in one way or another, and it is of paramount importance that all gamblers are aware of their impact on the maturation of Bitcoin.