Some of the world’s best DOTA 2 teams will be clashing in Manila, Philippines this week. The 2016 Manila Major has begun and the competition will be tough. With 16 well-known teams competing for the top spots, the Manila Major is looking to be an event that will have the eyes of the eSports world watching. eSports fans the world over will want to put their money where their mouth is and make Bitcoin wagers on their favored teams.

DOTA championships are not exactly a new idea. The International, the world championships for DOTA, has been held since 2011. The difference this year is that Valve has realized how big a moneymaker their online game is.

With competitors like League of Legends nipping at their heels, Valve has decided to raise its profile by expanding its Championship tournament from a single one to four, each representing a season. Fall started with the Frankfurt Major in 2015. Winter was this February’s Shanghai Major. Now spring is here with the Manila Major. 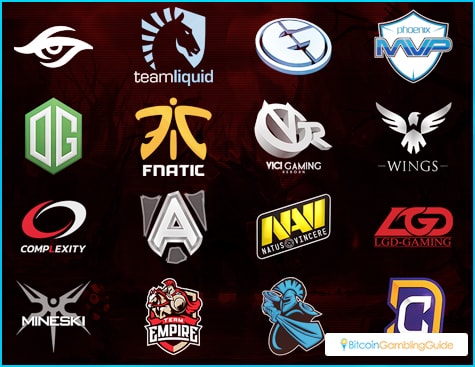 The Manila Major will be the final leg of the Championship series. After this, everyone will be waiting in anticipation for the International. As for the Manila tournament, 12 teams have been directly invited to participate in the event.

The criteria for the invitations range from how well a team has performed through the year to the team’s overall history as a strong pro team. This process has resulted in legendary teams like Team Liquid and Evil Geniuses netting an invitation.

The remaining four teams were easier to pick. There were four qualifiers held in separate world regions: Southeast Asia, the Americas, China, and Europe. The winners were awarded with the chance to participate. Digital Chaos, Newbee, Team Empire, and Mineski all earned a slot.

The tourney process is simple. Divided into an upper bracket and a lower bracket, teams will be fighting each other until one team from each bracket remains. Rounds one and two of the lower bracket matches will be single elimination games. The rest will be best of three games. By Sunday, two teams will be left to fight it out for the championships.

Just like any major sporting event, the Manila Major encourages sports betting. VitalBet and Onehash are just two examples of sports betting sites that have odds for the games on them.

As of press time, VitalBet has odds for four games for June 8 and 9. The LGD vs Fnatic match has solid odds on LGD to win, while the Team Liquid vs Complexity match has Team Liquid being the clear favorite.

The Natus Vincere vs Alliance game is more even, but Natus Vincere is favored to beat Alliance. This is the same for the OG vs MVP with bookmakers thinking OG will make the cut. This is in complete odds with the view of OneHash bettors. Fnatic, Alliance and Complexity are favored for their matches at OneHash, with only OG being the same with the VitalBet chances.

This just goes to show how powerful some fan followings are. With odds like this, the excitement can only rise. The Manila Major is definitely an event to watch for fans and bettors alike, especially for the championship round, where eSports bettors can cash in larger payouts.