Microgaming Jurassic World Slot already made noise after getting showcased on the first day of ICE 2017. The new slot game comes from a licensing agreement between Microgaming and Universal Brand Development in 2016.

This is not the first time that Microgaming made a slot on the famous dinosaur movie franchise. Microgaming already created an online slot based on the globally successful movie. Its Jurassic Park Online Slot uses clips, arts, and sounds from the film.

The company also has many movie licensed slots under its belt. If the company’s previous licensed slots are the basis for its new game, Microgaming’s Jurassic World slot has the potential to be the next big hit.

Jurassic World is the fourth film in the Jurassic Park movie franchise. The film is the third highest grossing movie of all time in the North American territories while it was in theaters. This is a shock to many people who did not expect Jurassic World to be good. 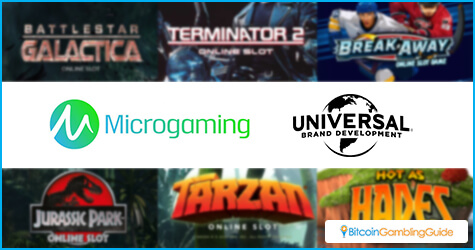 The shock is due to the third movie of the series, which got a mix of reviews. Jurassic Park III could not match up to the creativity of the first film. Jurassic World, on the other hand, did not try to copy the same style as the first Jurassic Park. Instead, it went for its own unique storytelling that made it appealing to many movie audiences.

Microgaming celebrated the fourth film’s success at ICE 2017 by exhibiting the Jurassic World slot in a themed bar. The bar contains amber mosquitos, a giant Mosasaurs reptile, and many different dinosaur eggs that are set in a Cretaceous jungle.

Microgaming’s Jurassic World slot will see a summer release this year. Just like the company’s other successful branded slots, the Jurassic World game will contain art and sound references to the film. The slot will also utilize a number of innovative mechanics and bonus features. Basically, Jurassic World has the primordial ingredients of an amazing slot game. 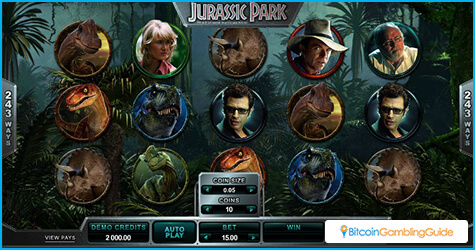 The original game has five dinosaur bonus features.  One example is the T-Rex Free Spins feature, which will randomly fill a single reel with wild symbols. Another is the Velociraptor-Free Spins that will split the wilds on the reels.

Apart from the bonus features, the Jurassic Park game was a visual treat. The animation of each bonus feature and the use of the video clip for every major win are rewarding.

If Microgaming will apply the same production value of the original Jurassic Park to the sequel slots, Jurassic World slot might be one of this year’s best online slot games when it comes out.

NetBet and Omni Slots are some of the fiat and Bitcoin casino sites that feature games from Microgaming. Players who wish to play the Jurassic World with Bitcoin should keep an eye on these gambling sites when Microgaming releases this highly anticipated slot game, among the many new Microgaming titles in 2017.