The Bitcoin world suffered a minor meltdown when a sharp-eyed checker noticed a big difference in the Microsoft support page. It seemed that the software giant would stop supporting the cryptocurrency. Bitcoin acceptance is dependent on a lot of the big names, after all.

The information technology sector houses the most successful names in the industry, and Microsoft is among the top brands that enjoy global patronage. Its decision to drop Bitcoin, therefore, was not taken lightly by the media, let alone Bitcoin enthusiasts. This change became immediate headlines in major tech journals and news outlets, and it was even taken up by finance journals, causing the news to spread like wildfire.

Microsoft still on board

Fortunately, the entire controversy was over a simple flub. Microsoft quickly responded Monday by taking down the update and apologizing to everyone about the misunderstanding. The Bitcoin price was recovering right after, but it was noticeably slower in rising, with the price still not meeting the former level then. 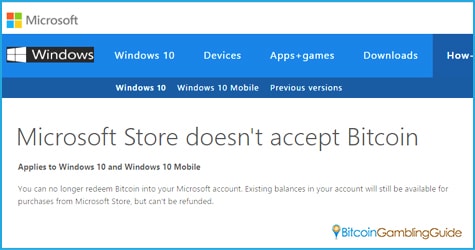 The trouble is that Microsoft is still being quite cagey for the reasons for a mistaken update to appear. Many fear that it was just an eager subordinate who jumped the gun and that Bitcoin is still on the chopping block for the Microsoft store.

Microsoft has been experimenting with blockchain technology and many feel that Bitcoin was just a way to get their feet wet. With recent news that Microsoft is backing Ethereum, a Bitcoin competitor, many people are wary of Microsoft’s continued support. With the noticeable effect that Microsoft’s backing out of supporting the cryptocurrency, it would definitely be bad news to the Bitcoin community.

A preview of withdrawing support from Bitcoin

Bitcoin developers took pride in Microsoft’s acceptance of Bitcoin a year ago. The largest software developer in the world putting its two cents in and supporting Bitcoin was a feather in their cap. This meant that the currency was stable and had a future to it.

With news about Microsoft and Bitcoin parting ways, the usual rumbles about the cryptocurrency’s dependability ensued. This would have been another body blow to Bitcoin’s reputation after the string of setbacks that it has suffered recently like the recent network congestion that resulted in transaction delays. Combined with the ongoing block size controversy, this seriously puts the future of the cryptocurrency in doubt.

The public seemed to agree with this estimation, resulting in an $11 drop in market price for Bitcoin. This started during the weekend while the cryptocurrency was experiencing a surge and the noticeable drop is quite stark. From March 12’s $421 to the next day’s $410, this was a sharp fall that people would take notice of. 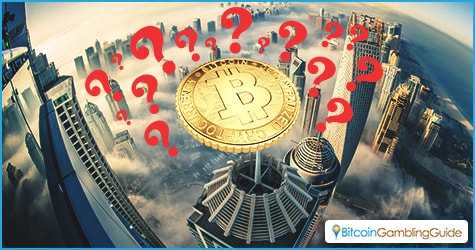 Although what would have been a monumental loss for Bitcoin, Microsoft’s false announcement of discontinuing Bitcoin support reflects the reliance of the cryptocurrency’s growth and success on significant industry players.

Bitcoin earned the respect of certain markets when a number of large, multinational companies embraced it and its technology, and this very trust serve as the driving force for most consumers to adopt Bitcoin.

On one hand, it is fortunate that Microsoft’s exit from the Bitcoin ecosystem was premature and erroneous. On the other hand, it is unfortunate to see Bitcoin still struggling to keep afloat amid the withdrawal of support from key companies.

A mainstream adoption is yet to take place, but optimistic views hint a global Bitcoin acceptance this year.