There was a time when the online poker sector was bustling with new players and countless bets. Rooms were packed with eager bettors while others await freerolls and GTD tournaments. There was a time when poker was the most played game online, even more so in land-based casinos.

It seems, though, that the tide has turned as online poker takes the back seat and would even require major events like the upcoming World Series of Poker in order to attract more players. Oddly enough, the Bitcoin poker sector suffers the same fate, but within the Bitcoin gambling sector is a potential to bring poker back to the top.

Bitcoin poker has not been at its best lately, either. Suffering from a controversy and failed ventures, the market is still on its way back. And the new leaders in this sector are spearheading the comeback.

Staying on top proved to be a challenge as the then largest Bitcoin-only poker site crumbled into pieces for the entire world to feast on. Seals With Clubs became the most popular Bitcoin poker site among non-bitcoiners as its operator, Bryan Micon, was arrested for illegally operating a gambling site in Nevada. 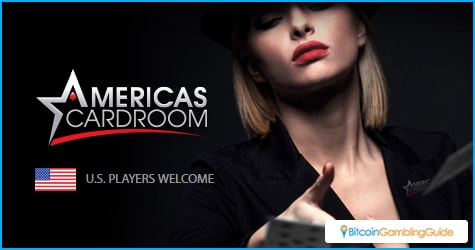 The drama that ensued during the arrest and the court hearings added to the graceful downfall of Bitcoin poker. But this could have been prevented by the influx of new poker sites that fully embraced Bitcoin and cryptocurrencies. Most of these brands, however, ran out of fuel.

Burnturn Poker, a Bitcoin poker room that stemmed from the Satoshi Poker auction in 2014, failed to push through after going on beta phase. BitcoinPokerGG, which featured a 1 BTC freeroll during its launch, is no longer live, as well as LuckyFlop and the highly advertised Breakout Gaming, which was hyped to be led by WSOP champion Johnny Chan and other professional poker players.

The list of poker sites that already bid the Bitcoin market goodbye continues, and it is fortunate that GetLuckyPoker, which is headed by Michael Mizrachi, seems to be on track after finishing its beta testing phase.

Despite the forward route GetLuckyPoker and SWCPoker are taking, the Bitcoin poker market needs more push. And this lies in the hands of the new leaders in this sector.

At the forefront is Americas Cardroom, with its integration of Bitcoin as a deposit and withdrawal method. This online poker room deserves the thumbs up for accepting US players and for having a bevy of tournaments and promotions.

Joining the spotlight is Betcoin.ag. After teaming up with Winning Poker Network in 2014, Betcoin.ag continues to expand its poker market, featuring attractive bonuses and promotions, as well as high-paying tournaments. The constant development of its products also helps in ensuring an up-to-date platform that meets the trends in today’s online poker market. 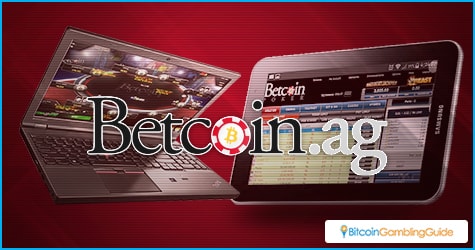 Also heading for a spot at the top of the Bitcoin poker scene is Nitrogen Sports. The Bitcoin-powered online sportsbook recently expanded its services by launching casino games and its own poker room. Nitrogen Poker features cool avatars and a variety of cash games, sit & go’s, and tournaments.

With these three advancing in the mission to bring Bitcoin poker back on track, an extra hand is most definitely welcome. And the start of this year’s WSOP is the perfect time to double the effort.