NetEnt Rocks proved to be the best celebration for the company’s 20th year in the business. Reliving the smash hits from the rock legends like Guns N’ Roses, Jimi Hendrix, and Motorhead in innovative online slot games headlined NetEnt’s campaign this year.

With the Guns N Roses slot released first in February and followed by the Jimi Hendrix slot, NetEnt made a huge impact on the iGaming scene as the online gaming community continues to be impressed by the new slot games. Completing the NetEnt Rocks trilogy this month is the Motorhead slot. 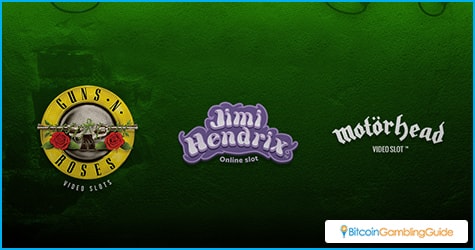 “The NetEnt Rocks tour has rewritten the rules for branded games, with Guns N’ Roses and Jimi Hendrix Online Slot exploding onto center stage this year. Now, our customers can crank up the volume once more with the launch of our Motörhead slot based on the iconic gaming song Ace of Spades, which we’re sure will capture player’s imagination yet again.”

Spinning the reels with the heavy rock music from Motorhead is now possible. NetEnt’s third rock icon to take the spotlight in the NetEnt Rocks tour is the band composed of Phil Campbell, Mikkey Dee, and Ian ‘Lemmy’ Kilmister.

With the Motorhead slot now live, players can expect to hear Ace of Spades, Overkill, and Bomber as they catch winning combinations across the five reels. But unlike the typical online slots—even the Guns N Roses slot and the Jimi Hendrix slot—the newest NetEnt Rocks slot features a unique reel structure that has three rows in the first and second reels, four rows on the third and fourth, and five on the fifth reel. 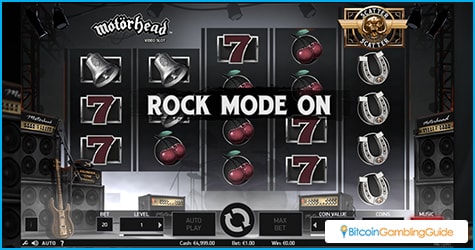 Motorhead slot’s reel structure provides 76 pay lines, which is a major jump from the usual number of lines that can be activated. Moreover, it comes with free spins and wild symbol substitutions to get players as pumped up as the English rock band each time they perform on stage.

Taking the gameplay to the next level is the Mystery Reel feature, which is the main source of the big wins in this slot.

Several Bitcoin casinos have the NetEnt games on board, especially since they are carried by the leading Bitcoin casino software and game providers like SoftSwiss and CoinGaming.io.

Since the launch of the Guns N Roses slot and the Jimi Hendrix slot, players have been spinning the reels in Bitcoin casinos in hope to hit the jackpot in each game. The fun and excitement in playing NetEnt slots with Bitcoin triples with the addition of the Motorhead slot.

Players longing to experience the Motorhead slot can head over to BitStarz Casino, mBit Casino, and BetChain Casino to name a few.