Online poker has had some incredibly interesting events happening this September. Several of them will start on Sept. 4.

First, there is the World Championships of Online Poker. Organized by PokerStars, this tournament will have over 82 events and will last until the Sept. 26. The prize pool is in the millions and a lot of people will want to try for it.

Next, Partypoker is running its Powerfest tournament from Sept. 4 to 25. The prize pool is just as profitable as the WCOOP, with a $1M GTD $1,050 buy-in Main Event set for the last day. Finally, there is SUPER XL VI organized by 888poker that will run from Sept. 17-25, which will have another million dollar guaranteed prize. 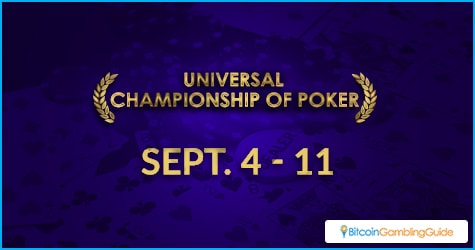 However, for those who want to have some bragging points, there will be Microgaming’s second Universal Championship of Poker. This is the once-a-year opportunity where a skilled player can be crowned “The Greatest Poker Player in the Universe.” This is in addition to the €10,000 grand prize and trophy.

The UCOP is being organized by the Microgaming Poker Network. It may not be as well-known as PokerStars or any of the other heavyweights in the online poker realm, but the company has grown a lot since it has debuted in 2003. Consisting of 30 different poker rooms, the networks share the same tables and tournaments.

Based out of the Isle of Man like its parent company Microgaming, MPN has done well in its chosen niche. It has even managed some achievements. For example, MPN was one of the first poker networks in the world to launch mobile poker software in January 2011. It has also won several awards like Poker Network of the Year and Poker Software of the Year.

Powered by software developed by Microgaming, players can expect their poker playing to be a smooth experience. Additionally, with the experience that MPN has in running events, their tournaments will be sure to be a blast.

Becoming the ‘Greatest Poker Player in the Universe’

Case in point is the Universal Championship of Poker. First held last year, this tournament series will happen from Sept. 4-11. Last year, ‘PokahPPL’ won the title of “The Greatest Poker Player in the Universe” while the world watched it live on Twitch. Players who want to have a go for the title will have to prove themselves worthy of it. This means playing multiple types of poker to show the world that they have what it takes to gain the crown. 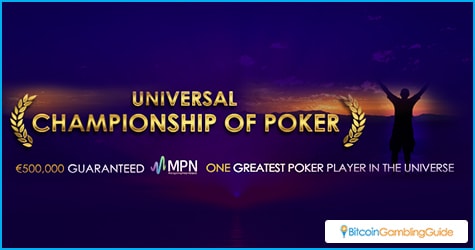 All throughout the tournament series, there will be a leaderboard available, tracking people’s UCOP scores. At the end, the one with most points nets the win. There are several ways to earn points. One is to keep winning. Players get one point for each euro they win. They also get 500 points if they are the only ones left at the table to cash in twice.

A thousand points is awarded to those who play Event #5, Event #7 and any rebuy event. Players can double that by playing all the events in the series. Finally, every tournament player who streams online on Twitch, they get 500 points. The most thrilling streams will get a thousand points while tweeting and hash tagging can earn players up to 3,000 points.

With 32 events awaiting players, the UCOP will be a challenge to win. However, the winning player will have the bragging points to say that they are “The Greatest Poker Player in the Universe.” It would be well worth all the effort.