The North American Derivatives Exchange, better known as NADEX, is one of the two legal binary options exchange in America. Established in 2004, the exchange has become a fixture of the financial markets. With binary options becoming even more popular, a lot of Bitcoin investors would think that these would be an excellent way to invest.

The problem was that last February, the Bitcoin contracts on NADEX were stopped. Technical problems were to be blamed for this. Fortunately, NADEX has managed to clear it all up and has started offering bitcoin contracts again—an excellent investment opportunity.

NADEX’s problem with Bitcoin started in February this year. The exchange contacted the US Commodity Futures Trading Commission (CFTC) about suspending its weekly daily Bitcoin options. This was in response to the fact that the company needed to have access to the Tera Bitcoin Price Index for it to be able to dependably offer the right prices for the options it offers. 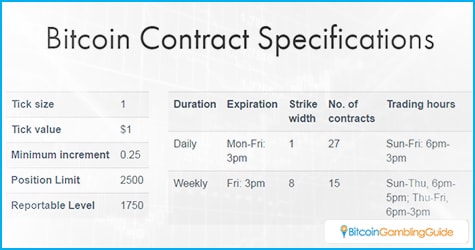 The main reason for this deficiency is the problems that the TeraExchange, the group behind the price index, was facing. September last year the CFTC determined that TeraExchange was guilty of failing to enforce prohibitions on wash trading and prepared trading in Bitcoin swaps.

TeraExchange was offering a non-deliverable forward contract for trading on its swap execution facilities (SEF) based on the relative value of BTC and USD and presented them to traders as pre-operational test trades. However, they have presented this as actual trading in Bitcoin swap. The CFTC had to warn them to cease and desist. This also resulted in disruption of their operations making their index unavailable.

Fortunately, the problem has been resolved.  Last May, the CFTC finally issued an order to grant registration for TeraExchange’s SEF. This has resulted in the facility starting to provide its services once again. This is why NADEX is able to start offering Bitcoin contracts again.

This result is a positive one for the exchange. The binary options market is becoming an increasingly important one as more and more people want to get into hassle-free investing. This is reflected on how much the company has grown. A recent report on the 2015-2016 period shows that growth in trading volume exceeded 60 percent, while the total number of trades increased by as much as 64 percent. 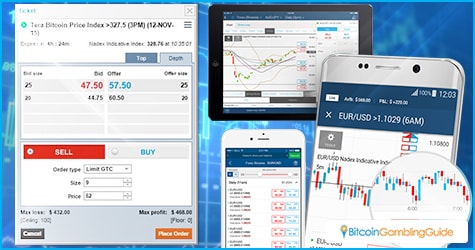 Much of these trades were in crude oil and gold, but four of the top five were actually forex in nature. With Bitcoin binary options now available, a lot of people can expect it will be soon another top contender, especially since it functions as a means to maximize the Bitcoin price.

NADEX’s return to Bitcoin continues the site’s constant improvement to the benefit of its users. Along with additional trading options, NADEX offers new features like mobile apps to allow people to trade from anywhere. With the aim of becoming more mainstream, NADEX is sure to have a bright future ahead of it.