If the Cleveland Cavaliers went into the NBA Finals confident, this first game will surely be a shock to the system. The Golden State Warriors beat them down by 15 points, ending at 104-89. This was no last minute drubbing, either. The Warriors managed to take the lead in the first quarter and maintained it for the entire game, with a minor hiccup in the third quarter.

One of the impressive elements of this win, though, is how the Warriors let Stephen Curry, their star player, rest for the night. Coach Steve Kerr pulled everyone from the bench, proving that Curry was not the only factor for the team’s winning season. Players like Shawn Livingston and Leandro Barbosa came in from the bench and delivered the Cavaliers a knockout of a game.

For sports betting enthusiasts, this NBA Finals Game 1 win was a bit of a warning sign. Many of those who bet on the Warriors were vindicated, but unless they bet a large amount, they did not exactly reap the rewards. 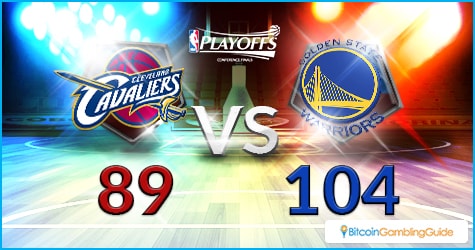 If a bettor had put down 0.1 BTC on the Warriors, the average odds of 1.39 will have netted them only 0.039 BTC. This win will have given the odds on the Warriors another push. As of press time, the odds from Nitrogen Sports, Betcoin Sports, and VitalBet are all at 1.36. A sure win is not a good thing for bettors.

However, for those who are dedicated Cavaliers fans and have been betting on them since the NBA Conference Finals, this may be the time for a big payout. The average of the first game odds for a Cavs win was set at around 3.14. If they had won, those who bet 0.01 BTC on the Cavs would have earned 0.0214 BTC. This would have been more than 100 percent. Now, the odds are set at 3.30. Any Cavs fan betting now would get a big payday if the Cavs have their revenge in the second game.

Meanwhile, a lot of sportsbooks are having fun with a variety of prop bets on the game. Proposition bets are wagers made on whether something happens during a game, with no direct consequence on the outcome of the game. This can range from whether a player manages to score a number of points or whether a player will be fouled out. With everyone’s eyes on the NBA Finals, this can be a source of betting action, although they can get ridiculous. 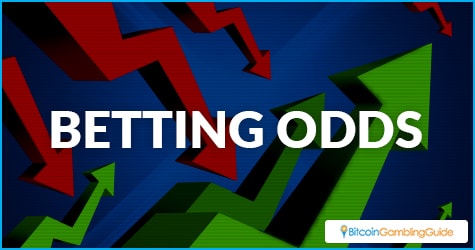 One of the more popular side bets is on how long the Finals will last. Since this is a best of seven series, the earliest it could finish is at four, with the Warriors sweeping the Cavaliers in a 4-0 rampage. The odds of that happening are at the astronomical 7.0. Five games or six games are far more likely 3.33. Many people are thinking it will go for all seven games with odds at a solid 4.0.

Sports bettors who may want to back away from guessing the winner of a game may wish to go for a side bet, instead. As the Finals continue, the betting action will only get hotter in this year’s NBA Finals between the Warriors and the Cavaliers.