Basketball is one of the world’s most popular games and the NBA is its biggest venue. This May sees the culmination of the entire season, with the conferences having their final playoffs. After that, the winning teams will face off in the NBA finals. With matches lasting until the end of May and the finals themselves on June 2, NBA fans will be enjoying all of the basketball action that is happening.

The playoffs and finals are both determined by which team manages to win four games first. As scheduled, the Eastern Conference playoffs start today, May 17, and can potentially last up to May 29, if all seven games are needed. The Western Conference began playoffs yesterday and has the seventh game scheduled for May 30, if necessary. With four of the best teams in the NBA clashing, fans will be treated to a great spectacle. 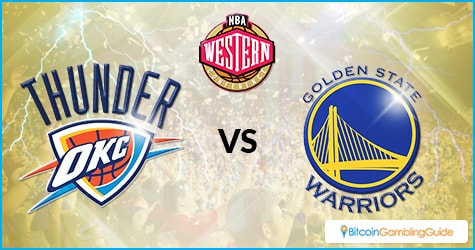 Meet the best from the East and West

For the Western Conference, the Golden State Warriors will go up against the Oklahoma City Thunders. With the Golden State Warriors having broken records this season with their 73 win record, they are the big favorite to win the playoffs. With its powerhouse Stephen Curry ably supported by a team with the likes of Klay Thompson and Draymond Green, the Warriors can deliver a great game. This does not mean that the Thunders should be counted out. In recent games, they have managed to show off great defensive skills and will definitely make this a tough fight.

The teams from the Eastern Conference are no slouches, either. The Cleveland Cavaliers are slated to go against the Toronto Raptors, and it promises to be interesting. The Cavaliers are the definite favorite, mostly because the Raptors have had a tough time for the entire season. This is exacerbated by the fact that it has lost its center Jonas Valanciuna to an injury. The Cavaliers are still going strong, though, with nary an injury in sight. However, recent games have shown that the Raptors still have some fight in them, with Kyle Lowry and DeMarre Carrol still in their lineup. 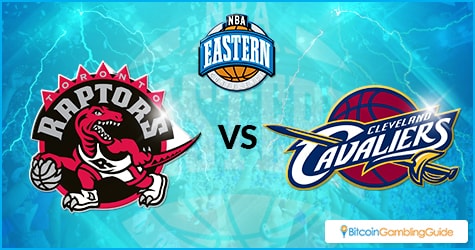 Though events are exciting enough as they are, it is still possible for sports fans to increase their viewing pleasure. The best way to spice things up is by having money riding on the finals and playoffs. In the past, it would involve going out and looking for a local bookie. With online betting and Bitcoin, though, people can easily make wagers on their favored teams.

There are several online sportsbooks that can deliver a smooth and dependable sports betting experience in the playoffs and finals. For instance, there is VitalBet, with its single-click betting. Players can also drop by Nitrogen Sports if they want more than the basic betting options, or head over to DirectBet.eu for live betting.

With the playoffs being a big event, potential bettors can expect odds being taken out by many sportsbooks out there. Fans who would like to earn a bit of money or those who just want to add a little more excitement to their game while watching should seriously consider placing a wager on the playoffs and finals beginning this week. Better yet, they can form their preferred NBA teams and play for Bitcoin in daily fantasy sports with MVP Lineup.