Christmas season is quickly approaching, and many see it as the most popular time of the year. During this festive season, a lot of companies consider it the best time to release new products. For game developers, it is the optimum release date for Christmas-themed slots.

This is exactly what NetEnt is doing with its planned release of its Secrets of Christmas slot game. Set to be officially unveiled for Nov. 30, the Swedish game content provider has already shown off the game in previews and it looks to be another hit to follow the successful NetEnt Rocks slots.

The Secrets of Christmas slot features a traditional Christmas theme. There are none of those fancy modern set-ups with tablets and smartphones, but rather more of Christmas décors found in common households. 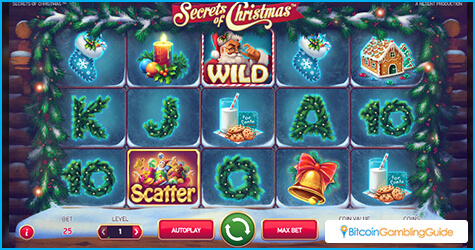 The first sight that greets players when they load this game up is a tableau of toys and a window displaying them. The light fall of snow just adds to the Christmas ambiance the game is aiming for. The game’s Christmas theme continues in the symbols used all throughout the game. The lower value symbols are all in evergreen, while the high value symbols are Christmas mainstays like Santa Claus, gingerbread houses, and cookies with milk.

The gameplay of Secrets of Christmas is also pretty much traditional in style. It has five reels, 25 pay lines, and has a 96.70-percent RTP. That is pretty generous and places the game as a medium variance slot game. The highest normal jackpot that a player can get in the game is 1,250 times their bet. This would be the case if the players manage to get five bell symbols as their winning combination. This can get an even bigger jackpot if they activate the bonus features of the game.

Five mystery features up for grabs

Secrets of Christmas slot has a really interesting bonus feature, enough to make it one of the popular NetEnt slots online this time. If a player manages to get three or more scatter symbols in their winning combination, then it activates the special Christmas bonus.

Players get 10 free spins for the game, but they also get to choose up to five mystery features depending on how many scatter symbols is part of the winning combination. These can range from two more free spins or turning an entire reel into wilds. These bonuses last for the entirety of the free spins feature, which can potentially be extended if the players once again get a set of scatters. 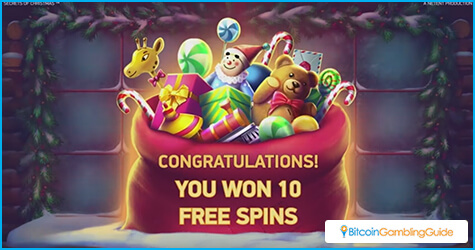 With such an interesting game about to be released, people will be clamoring for a chance to play it. Thanks to the fact that NetEnt is one of the world’s top game developers, many Bitcoin casinos will be featuring this game as part of their game catalogue.

A few examples include mBit Casino, BetChain, and BitStarz. Every Bitcoin casino that offers NetEnt Bitcoin slots can start letting their players spin the reels of this Christmas-themed slot one NetEnt launches it this week.

In addition, thanks to NetEnt’s great game design, the Secrets of Christmas slot game can be played on both desktop and mobile platforms. When it is released, players can enjoy some traditional Christmas gameplay anywhere, anytime.