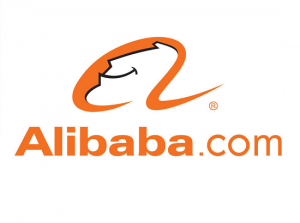 A new consortium aimed at utilizing the potential of blockchain was recently revealed by an advisor working for the same venture at the CoinDesk’s Consensus 2017 conference. Here, the consortium that is being built around the Alibaba company, one of the most dominant tech giants on the Chinese market was presented to the public.

Aside from Alibaba, the consortium includes a New Zealand dairy cooperative, a vitamin and supplement chain called Blackmores, but also interestingly enough, both the New Zealand and Australian Post Office. The aim of the consortium is to reduce the instances of fraud in the food supply chain which spans beyond any of these individual countries. Blockchain, aside from supporting digital currencies like bitcoin and their wide range of uses from loans to online casino gambling, is also more than capable of providing this set of features.

When it comes to the blockchain development, this is probably one of the more interesting ones currently in the works. Firstly, it brings a unique application for the blockchain tech, this time outside of the FinTech and logistics management, which are two of the most dominant development groups.

Secondly, it also connects a string of entities that have probably never been in direct contact, but millions most likely already use them as a shipping chain (from Blackmores to the Alibaba, which then ships the products to the end users via a national post office). Now, they are all inside of the same project and the results that this might bring could be very relevant to the future application and development of the blockchain technology.

The consortium’s advisor presented a vision behind the project that desires to help enterprise businesses become more at ease with an open and public blockchain protocols. This includes the ability of a business to perceive the setup of any blockchain as a generally beneficial system, not as something that jeopardizes their data or their effectiveness by placing some of the procedures on a public and P2P shared network.

Currently, the plan is to gradually build the project over the next three months. It is also noteworthy to mention that several teams will be working on it at the same time, mainly on its technical specifications and functional requirements.

Also, the system will have to be built on top of the existing protocols that will make it similar to an add-on piece of software than a complete rework of a particular sub-system. In this type of venture, there is a huge need to stay on the right side of the QA process, which is most likely the reason why the process is splintered into several different groups working in unison.

It is more than important to perceive the role of Alibaba in this venture. While the company clearly wants to have an impact on the field of food chain verification in the Asia and Pacific region, there is also an underlying desire to experiment with the blockchain and see how it works with its current setup.

Of course, it is no wonder that this company is inquiring using a hands-on approach about the value of the tech inside of the supply chain. Even though this use is exceedingly specific, there are many other general ones that could begin, according to many experts, something that would be later described as a supply chain revolution.

Using blockchain as a means of tracking goods across the chain and giving out commands to the chain operator would be a miraculous thing for expenses in this field. This would not only make things more efficient but potentially, along with robotics, change them to an unrecognizable level.

The applications inside of the supply chain are almost endless. From organizing a single warehouse to operate in a lot smoother manner to tracking and logging shipping containers on the high seas, blockchain can do it all. At the same time, it comes as a solution that demands for additional big infrastructure changes in the setup of the servers or any other elements of the business. This would apply to the low-level of the operation and climb all the way to the top logistic nodes that run and oversee the entire network.

While this type of change would have a reverberating impact on any organization, including Alibaba, the streamlining of the process would also take place relatively quickly. Once this had occurred, the company could take its logistics operation one gear up, creating massive savings in their day-to-day procedures.

Like with digital currencies in eSports, the blockchain in this context would not just provide them with a way of tracking and verifying the authenticity of the goods they purchased. It would also offer a way for customers to gain insight into a huge company they are doing business with.

This transparency is something that is very well received by the public in almost any context and here the same would be true as well. The blockchain does not just provide a person to track their goods being shipped, it offers them a chance to find out how the business works on a global scale, connecting places like China and New Zealand.

This boosting of the user experience that offers something new and exciting has rarely backfired on any company that stepped up to this way of doing business. By getting to this advantage first, Alibaba could start to encroach on the territory so far held by the dominant Western online retailer.

In the modern economy of effect and perception, being first to offer parcel tracking using blockchain could propel Alibaba a lot further that anyone could expect. With this colorful cooperation that combined both the giant company and national agencies like the previously mentioned post offices, there is a strong possibility of attaining the keys to an exciting and unexplored domain of blockchain logistic application.

Mastering it will take time and effort, but being there first on a major scale will be more than helpful for anyone who dares to do it. With these keys, Alibaba could move up in the industry in a dramatic manner, which is what many both expect and wish for all over the world.