NetEnt showcased at ICE 2017 the latest products the iGaming community must keep an eye out for this year. Other than the company’s dedication to creating virtual-reality games spearheaded by Gonzo’s Quest VR slot, there are also two new slots from NetEnt in store for the operators and players.

NetEnt was successful in closing a deal with 20th Century Fox Consumer Product for the Planet of the Apes franchise license. The company also announced the launch of another new creation also slated for a 2017 release. NetEnt will bring the social media phenomenon of Emojis to its online gambling sites with its Emojiplanet slot.

Planet of the Apes slots 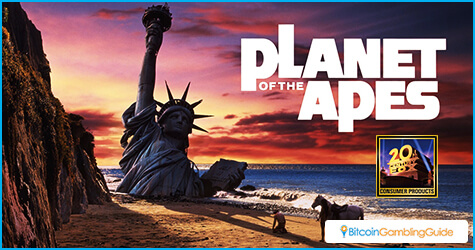 “Planet of the Apes is one of the largest film franchises in the world never to have been applied to gaming before. With such a rich history, the brand resonates with everyone that has grown up with the films, and it will fit perfectly with NetEnt’s wide and divers player base. We are thrilled to have signed the franchise, and can’t wait to offer the game to players later in the year.”

Fans of the films are sure to get excited since this is the first time that this movie franchise becomes the focus of a slot game. NetEnt has proven itself to create a casino game that is worthy of the franchise itself.

A good example of their 20th Century Fox license is Aliens. NetEnt’s Aliens slot makes full use of the film’s characters, iconic aliens, and sound effects. Fans of the franchise have something to look forward to if NetEnt’s developers will make the Planet of the Apes slot better than they did with the Aliens slot. The Planet of the Apes slot is scheduled for release later this year.

Another of NetEnt’s upcoming slot game is Emojiplanet. As the name shows, this slot game will revolve around the emojis. 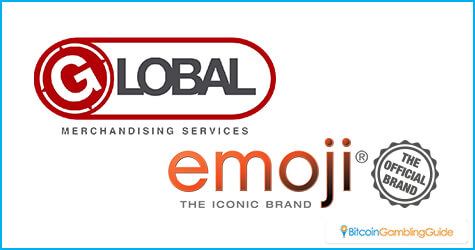 Emojis are social media phenomena that allow people to express themselves through a chat window or social network post. Almost every app or website that allows people to communicate with each other has its own form of emojis. In fact, most Bitcoin casino platform chat windows have these icons.

NetEnt teamed up with Global Merchandising Services & The Emoji Company for this latest product. Emojiplanet will also have a mobile friendly design and loads of features.

“As a leader in both mobile online gaming and innovation, emojis are a perfect fit with NetEnt. Every day, millions – if not billions – of people around the world enjoy using emojis. They have become a language in their own right; it is hard to think of a more collectively familiar and loved brand to partner up with.”

NetEnt plans to launch the Emojiplanet slot in August this year in time for the release of The Emoji Movie in the same month.