Betsoft Gaming promises a much improved gaming performance across its Slots3 brand games through its latest product called Shift.

The new Shift platform maximizes the full capabilities of HTML5 technology and will bring out the true features of the 3D cinematic slot games from Betsoft. It serves as the main platform on which all Betsoft games will run as it seamlessly replaces Adobe’s Flash player.

The Shift platform making use of the full HTML5 technology is just the tip of the iceberg. This improvement alone opens the Betsoft slots to a range of better features beginning with compatibility and accessibility. 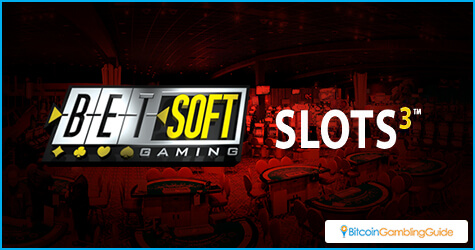 “While HTML5 has been a standard for some time, it is only just now that the technology and hardware have matured enough to allow for the standards of quality and visual excellence for which Betsoft games are known. We are extremely proud to introduce Shift™ as a comprehensive solution for future game development.”

Most online casinos that have Betsoft slots still offer these games in Flash versions. Betsoft games for desktop have not fully maximized HTML5 technology, unlike Betsoft’s ToGo line, which is for mobile gaming. With the Shift platform, Bitcoin casinos no longer need to run the Flash versions of the Betsoft slots for desktop gaming while running the HTML5 versions for mobile gaming.

Shift enables the games to be accessed seamlessly on mobile and desktop, without the casinos needing to feature the said two versions. It also ensures players that they can play these games in web browsers that support HTML5. These include Google Chrome, Microsoft Edge, Mozilla Firefox, and Apple Safari.

Betsoft’s Shift platform also offers better security, and this is due to the fact that using the four web browsers to play Betsoft games does not require third-party plugins. This set-up disables the means through which cyber attackers can inflict damage on the players’ accounts and computers.

Other than these benefits, Bitcoin casino players should also notice the faster load times and enhance performance of the games than when they were on the Flash platform. The innovative animation engine on board Betsoft’s Shift platform allows for the games to show true high-definition 3D graphics and smooth animations.

Even better is the technology that lets the game start right away once the game is playable. Unlike before, the slot games will no longer have to download all assets before loading. Progressive downloading has been added to the Shift platform, and this significantly improves the performance of the games, as well as the gaming experience of the players.

Showcasing the features of Betsoft’s Shift platform is the newly released Kawaii Kitty slot. This slot game features crisp 3D graphics highlighted by smooth animations all through out. It offers 10 pay lines across five reels and comes with an exciting gameplay that taps the HTML5 technology.