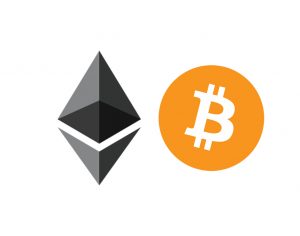 In the last months or so, the price of bitcoin exploded on the global markets. The precursor of this was the influx of huge amount of fiat money into the cryptocurrency domain, boosting both the big players of BTC and ether, but also many additional altcoin alternatives. This resulted in a tectonic increase in the value of the entire FinTech space. Now, the figure of the total market cap of cryptocurrencies is estimated to be around $46 billion, which is a 50% rise that took place over the last few weeks.

With this in mind, there is a clear sense that the new wave of price rises in the BTC domain is now under way. Inside of it, additional changes can be expected because most analysts agree that the wave is not in its final phase, even though there is no consensus how far will it take the digital currency in question.

But, as the wave rolls on, many wonder what is fueling the influx of assets into the field and how can the same elements be better understood by anyone looking to invest their BTC or, on the other hand, invest fiat money into the cryptocurrency.

Although the setup of any huge change on the markets, digital or traditional, is often too complex to be simply linked to a single occurrence (or even a set of them) a lot of BTC analysts believe that the uncertainty in the European region is fueling the investment drive. On Sunday, 7th May, the French presidential elections will be decided. In the running is Marine Le Pen, a far-right politician who believes that the country should follow the path of the UK and leave the European Union.

Her being elected to power could send out a signal that can only be interpreted as a potential breakup of the entire EU. If this happened, the world would experience its biggest and most unpredictable change since the fall of the Soviet union.

Naturally, Le Pen is a fringe candidate, but the setup of France electoral mindset is exceedingly hard to read at this point. Since 2014, France witnessed over a dozen terror attacks on different scale resulting in more than 200 fatalities around the country. With the ongoing refugee crisis, there is no doubt that a hardline far-right message proposed by Le Pen is resonating with more people than ever.

At the same time, the shadow of President Donald Trump looms large over the result prediction, showcasing the world where the polls have been proven wrong on two major occasions (the US presidential elections and the Brexit vote) last year alone. Le Pen is given slim chances, but it looks like most analysts in the digital markets are taking them seriously.

No one knows what Sunday brings in France and that is forcing investors to look for hedges. Now, more than ever (aside from China which already had its BTC boom), investors are discovering cryptocurrencies.

Here, BTC, which is already widely used for things like bitcoin gambling or procurement of goods and services online, seems to be witnessing the biggest benefit. But, at the same time, money is pouring into alternative cryptocurrencies which are also getting boosted.

The biggest and clearest evidence of fresh funds streaming into the ecosystem is the fact that both BTC and ether are rising in price. In general, since the establishment of the ethereum network, there was a type of see-saw dynamic going on between the two. A rise in BTC would include a slowing down of ether investment and the opposite took place when BTC was in a weaker state.

Now, both system and breaking their records on a weekly basis, or even a daily one. However, this also robs analysis of any historical reference that would point to potential resistance points, which is why some defaulted back to Fibonacci levels. These are derived from the golden standard which is used by traders to locate potential resistance levels and support.

With it, the $1700 is the next Fibonacci level that should act as resistance. Being that the $1600 range has already been reached, getting to this one could easily take place before the end of May 2017. But, the same level could also point to an overheating of the markets, which would then revert back the price.

In the short-term price status, there is no bigger impacting factor than the results of the French Presidential elections. In the case of a Macron win, it can be expected that the prices with somewhat retrace and consolidate before they resume their upward momentum in the next weeks and months. The tempo of this momentum is hard to gauge, but it will definitely drive the price up, even if only for a small amount.

Additionally, the defeat of Le Pen will not actually solve anything in the domain of the EU economy and inter-union strains. With the uncertainty on a generally high level regardless of the fact who wins the election, the savvy investor mindset will continue looking for alternative hedges that can protect them in times of even bigger uncertainty.

A Le Pen victory will drive the prices significantly in the short-run. The same would occur for ether and probably every other cryptocurrency on the radar. But, the impact of this event would only cumulate in more changes that would come after it, so no one could say for sure where would it lead the BTC (or any other) price in the months after that.

The first wave of big BTC investment included investors who were proficient in the domain of blockchain or even somehow a part of the greater developer ecosystem. The second wave in which the world is currently in brought investors who only have a superficial understanding of the blockchain technology or lack even this. They are, however, very knowledgeable in the procedures linked to the traditional markets.

Now, the predictions show that the third wave will be mostly based on the general public stepping into the domain. All of this is providing a level of confidence which is driving up further investments. With all of this data, most agree that the BTC global market is only at the beginning of its new wave of investment and price rises.