Another weekend of NFL games is about to close, as the race to reach a playoff spot is in full swing. So far, the 2016-2017 season has given fans quite a few surprises, which is part of what makes the NFL so attractive to watch. For several teams, the coming games equal crunch time, and the Bitcoin betting odds reflect that need to perform.

As one of the few ball sports where draws are a possibility, the NFL game schedule is usually filled with equal portions of joy and disappointment. Throughout the first 10 weeks of the NFL season, some of the bigger teams have performed rather poorly, whereas underdogs have surprised fans all over the world. As the playoffs draw closer, winning games becomes an absolute must for several teams.

After getting off to a rather hot start, the Minnesota Vikings found themselves at 5-4 before taking the win against Arizona.  Arizona Cardinals is one of the few teams who chalked up a draw so far, which may come back to haunt them at the end of the season.

Fans of the Green Bay Packers have had some gut wrenching moments in the past few games. Wrong decisions, injuries, and a seemingly unfocused QB are all contributing to the ongoing malaise. Washington, who does well despite their draw, dueled with the Packers as the second to the last match of the week.

The clash of NFL Week 11 will take place in Mexico, as the Houston Texans meet the Oakland Raiders. Both teams are performing exceptionally well, even though the Raiders are quite vulnerable if Houston can get their passing game running. A high-scoring outcome is certainly possible between both teams, although players will be affected by the elevation changes.

Cleveland, while home to a great NBA team, is having one of their worst NFL seasons to date. In the previous 10 games, Cleveland Browns even failed to win one match. This match was an excellent opportunity for the Pittsburgh Steelers to claw back to 500 for the season, as they crushed the Browns with 24 to 9.

Looking over the Bitcoin sports betting odds for the NFL games, BetEast.eu had some interesting statistics. Even though no odds are really surprising at this point, the site puts rather high odds on an unlikely 49ers win [6.21]. All other games are as one would expect, although the victory of Cincinnati over Buffalo is anything but certain at this stage in the season. 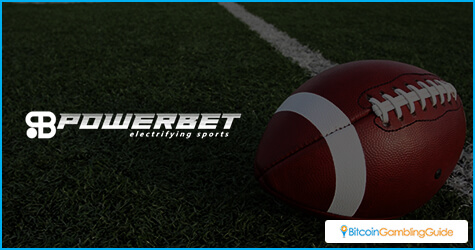 PowerBet.io is following a similar strategy, and they saw the New York Giants [1.3] go over the Chicago Bears [3.65] with relative ease. While it is true the Giants had better odds on paper, this fact would not necessarily translate to an on-field advantage. However, the Giants showcased their winning skills and strategies after outplaying the Bears with six points. The same could have been said for the Seahawks [1.36] vs Eagles [3.25] game, but the Eagles simply vindicated the odds.

Last but not least in NFL Week 11, there is DirectBet, another popular Bitcoin sports betting platform. Their odds predicted a tight win for the Indianapolis Colts, although betting on both teams scoring under or over 52 points in total could have been worth exploring. In the end, the Colts simply outperformed the Titans at 24 to 17. The Dallas Cowboys had the far better odds at 1.27, compared to Baltimore Ravens’ 3.55. However, odds for under or over 44.5 points were dead even at 1.9.